Obstacles On The Road To Health Care Nirvana

Obstacles On The Road To Health Care Nirvana 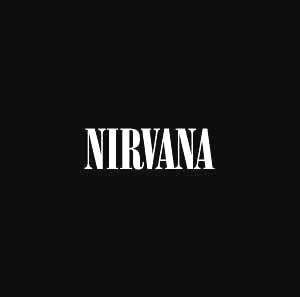 There was a fair amount of response to last week’s “Dealing With Obesity” article. Some readers focused strictly on the obesity issue, while others commented on how this problem affects our efforts to reform health care.

One of my colleagues—a recently retired physician, whose practice ran the gamut from wealthy entertainment industry types to more humble folks on fixed incomes—offered these observations:

Obesity seems to be largely an American problem. Sadly, most suggestions for eliminating this health-compromising entity are basically ineffective. One must realize that many fat people eat even though they are not hungry in the least. All diet plans, exercise, and stomach-altering surgeries fail in the long run. I have had patients who have gone through all of these, and I have never seen a 100 percent “cure.”

Of course, severe starvation “works,” until the patient starts eating again, or succumbs to such a radical approach.

We should concentrate on the psychological motivation behind compulsive eating. Over the years, I have asked my morbidly obese patients what they see when they look in the mirror. Far too often, female patients would tell me things like “I see a gorgeous, voluptuous woman.” Many of the men will deny that they are fat, and respond that they are simply “big” like a football player or world class weight lifter.

As important as controlling obesity might be in improving health care, there are certainly other issues…

Fundamentally, what we refer to as “health care” is really disease care. There are two main reasons behind this, albeit one flows from the other. In the dominant allopathic medicine model—although this is even more true of classic homeopathy—the overwhelming influence is on treating and curing symptoms. Prevention is at best a secondary concern.

More than that, there are few billable procedures that qualify as “preventive,” beyond various diagnostic tests. Consequently, there is almost no money in prevention. However, it gets even worse.

Some years ago, a friend of mine was involved with a unique corporate wellness training program, that he wanted to bring to the federal government. Senior officials, involved with Medicare administration, had expressed interest, but to get this moving would require congressional approval. So, my friend set up a meeting with a key member of Congress.

The member seemed impressed, and then asked him, “Would this increase longevity?” My friend replied that he was not making that claim. The member acknowledged that, but wondered if this program—deployed on a large scale—could affect longevity. What did my friend think?

My friend answered with a guarded “Yes.” The member quickly responded: “Well then, it will never fly. What we would save in Medicare reimbursements would be more than made up for with increased Social Security payments.” Or, as the old joke goes: What’s more important, fiscal health or physical health?

Another largely American phenomenon that is most destructive to good health is stress. We put undue pressure our ourselves from the youngest age to achieve this grade, that award, or some other sundry distinction. The double whammy here is that most of this is based on outdated models.

We hear more frequently about the 4.0 Ivy graduate who can’t find a job that remotely meets his expectations. So, where does that leave everyone else? Back when the old “ticket-punch” models for success actually worked, there was a pot of gold at the end of the rainbow, so to speak. Now, there is much less of a guarantee, so the payoff for all that stress could just be depression!

Finally, it is long past time for America to reflect on what it truly wants in health care. Surely, there is more to this than just having someone else pay for it.