Over the River And Through The Wood: Healthcare Observations For Thanksgiving Week 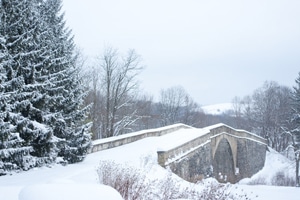 Over the River And Through The Wood: Healthcare Observations For Thanksgiving Week

Many of us remember at least this first line from Lydia Maria Child’s “The New-England Boy’s Song About Thanksgiving Day” (1844). Child was an ardent abolitionist, advocate of women’s rights, and spoke out about the mistreatment of Indians. Were she to return today, I suspect that Ms. Child would have a few things to say about our healthcare system.

This one just seems to stay in the news. In fact, it gets worse and more convoluted as 2015 races into the history books.

The latest wrinkle occurred on November 12th. In a five-page letter from the FDA, Custom Ultrasonics, Inc.—a manufacturer of Automated Endoscope Reprocessors (used to clean and disinfect duodenoscopes and other endoscopes)—was ordered to recall all of its System 83 Plus AERs. In accordance with a consent decree issued in 2007, FDA permitted Custom Ultrasonics to resume operations on a limited basis, only as to the System 83 Plus.

Oddly, a recall for these same products was issued to Custom in September, 2012, but was apparently not rigorously enforced. One suspects that the agency got more serious, in light of multiple outbreaks of superbug CRE (carbapenem-resistant Enterobacteriaceae), which have been linked to contaminated duodenoscopes and bronchoscopes.

Among other things, Custom had not provided validation data to prove that its AERs can adequately wash and disinfect endoscopes. Readers may be surprised to discover that FDA’s coveted 510(k) clearance—required to market a medical device—is often issued, as it was in this case, with the manufacturer merely asserting that it has the validation data.

Given that as many as 2,800 of these recalled devices are currently in use in U.S. hospitals and outpatient clinics, what does the FDA suggest that affected facilities do? From its November 13th press release…

“Identify and transition to alternate methods to reprocess flexible endoscopes, such as manual high-level disinfection, liquid chemical sterilization, alternative AERs or other cleaning and sterilization methods according to the endoscope manufacturer’s reprocessing instructions.”

That’s very nice, except little definitive and trustworthy information actually exists, with the scope manufacturers themselves under a cloud, per August, 2015 Warning Letters—to say nothing of the FDA and its incompetent handling of this matter. By far, the best source for all infection control matters is Discussions In Infection Control.

We understand that a revolutionary ethylene oxide sterilizer, providing a real alternative and coming off a brutally rigorous 510(k) process, will soon be on the market. Check upcoming articles for more details.

2.     Conflicts Of Interest In Healthcare

This is a large and growing topic, and will be given greater coverage in future columns. For the moment, we note that a series of articles appeared in the New England Journal of Medicine, in May, 2015, arguing that concerns over such conflicts are exaggerated, and worse, might be hindering medical innovation. One oft-cited example of conflict is the practice of Big Pharma paying big bucks to senior academic physicians to be so-called “key opinion leaders,” otherwise known as salespeople in fancy dress.

The reaction from insider healthcare blogs was swift and almost universally negative. The following is but a tiny sampling…

A posting by Roy M. Poses, MD, Clinical Associate Professor of Medicine at Brown University, details classic logical fallacies rampant in the articles. These include the burden of proof; appeal to authority; ad hominem; appeal to pity; and straw man. At the outset, Poses states:

“We have noted that logical fallacies have been a stock in trade of those who actively defend laissez faire policies about conflicts of interest, and other kinds of interactions among health professionals and industry. However, I would not have believed that the New England Journal of Medicine would go along with this sort of thing.”

Dr. Susan Molchan, psychiatrist and nuclear medicine physician, criticizes the NEJM citing a 1998 industry-supported study of calcium channel blockers, later duplicated elsewhere, as an example that such studies are not necessarily tainted. She notes that NEJM fails to mention that other less expensive anti-hypertensive drugs—in some cases better for patients—were also available.

Molchan saves her best fusillade for her own field:

“Another example of harm from smarmy physician-industry relations, in my opinion, fits into the category of child abuse. The numbers of children treated for bipolar disorder increased 40-fold from 1994 to 2003. Antipsychotics are often used for treatment, and these can cause obesity, diabetes, heart disease, breast development in boys, and possibly shortened life expectancy. Sudden death has occurred in a few cases in very young children.”

“The financial relationships between pharma and the psychiatrists popularizing the diagnosis, primarily from Harvard, with the ring leader being Joseph Biederman, weren’t disclosed until 2008 when Congressional investigations revealed he’d taken over a million dollars in undisclosed consulting fees from the manufacturers of antipsychotics. He had even told colleagues at Johnson & Johnson that studies he’d planned would yield results that would benefit its products.”

Over the river, and through the wood—
Now Grandmother’s cap I spy!
Hurra for the fun!
Is the pudding done?
Hurra for the pumpkin pie!