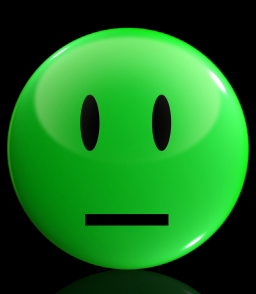 Some years before the first Earth Day—April 22, 1970—a small but vocal group of people became interested in more wholesome foods, and began using the terms “natural” or “organic” to describe products that were free of “artificial” ingredients, and did not use synthesized pesticides in their agriculture. On the surface, this was all good, but before long, questions began to emerge…

While it is easy enough to identify scary sounding chemicals such as sodium carboxymethyl-cellulose or sorbitan monostearate and breathlessly demand that they be removed from foods, exhaustive testing of these and many other food additives indicate that they are safe. In the case of the two compounds mentioned, the former is a thickener and stabilizing agent, and the latter is an emulsifier (keeps oil and water mixed together).

Olives, an ancient food, were essentially inedible until someone decided to let them ferment, or treat them with various agents.

While sustainable, fully organic agriculture might be possible on a small scale, even the most ardent proponents concede that it will not be able to feed the world.

Questions such as these provide a context whereby one can prudently examine a variety of claims made about certain foods and agricultural practices. We must continue to cast the cold light of reason on these and other ideas touted under the ever-growing ecological umbrella.

Indeed, the notion of “greenwashing,” rigorously defined as expression of environmentalist concerns especially as a cover for products, policies, or activities deleterious to the environment, but commonly used to describe a mostly PR-created veneer of environmentalism, which carries little or no scientific validity, has emerged as a modern day P.T. Barnum trick.

A recent incarnation is seen in efforts to ban plastic bags. You might recall that the City of San Francisco enacted a ban in March of 2007 (on non-compostable bags), and China—nobody’s idea of an environmental role model—followed suit, with a draconian policy to go into effect on June 1st of this year.

As to the San Francisco ban, this was the reaction from the California Grocers Association:

“We’re disappointed that the Board of Supervisors is going down this path,” said Kristin Power, the association’s vice president for government relations. “It will frustrate recycling efforts and will increase both consumer and retailer costs. There’s also a real concern about the availability and quality of compostable bags.”

Widely publicized is upscale grocer Whole Foods’ January announcement that it intends to be plastic bag free by this year’s Earth Day on April 22nd. The chain will encourage consumers to employ reusable bags, and will still offer 100 percent recycled paper grocery bags.

At the core of this exercise is the rather puerile idea that paper is somehow more “natural” than plastic, although anyone who has seen paper being manufactured might argue with that concept. Not surprisingly, there is more to the plastic-BAD, paper-GOOD mythology.

A number of states, including New Jersey, Connecticut and California already have programs (or plan to implement programs) that will encourage plastic bag recycling. It takes 91% less energy to recycle a pound of plastic than it takes to recycle a pound of paper, and there is a growing demand for recycled plastic. as well. Plastic bags are 100% recyclable, and for all environmental impacts related to air emissions, water emissions and solid waste, score better than paper bags:

What about litter and landfills?

The environmental movement must get past superficial bandwagons, and rely on facts. Otherwise, the grim bumper sticker of the 1970s proclaiming “Ecology—Man’s last fad” will prove itself devastatingly accurate.