Pay Plenty Of Attention To The Man Behind The Curtain 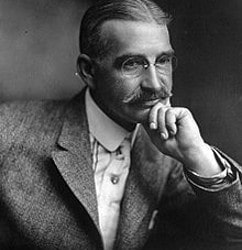 Pay Plenty Of Attention To The Man Behind The Curtain

The title of this piece is derived, of course, from the famous line uttered by the title character in the beloved movie The Wizard of Oz (1939). The curtain was supposed to hide the fact that the Wizard (Frank Morgan) had no supernatural powers, even if he was surely able to fool the public for many years. Interestingly, the line does not appear in the book, and the book goes into somewhat more detail regarding how the entire Emerald City deception came about, and was perpetuated.

In this era of instant mass communications especially, all of us need to pay more attention to today’s version of “man behind the curtain.” Usually, this refers to what entity is behind some sort of PR campaign.

Superficially, we can question the motives of anyone who gets paid for championing a certain point of view, but really, what constitutes a “pure” motivation? It is easy enough to criticize evil corporations seeking to maximize their profits, but what about greedy academics on the lookout for their next grant, or non-profits trying to raise funds by sending out scary appeal letters?

And, while we’re at it, is it even possible to create any form of communication without bias? As we noted, the “curtain” line was invented for the screenplay, and a host of other additional characters and situations from the book were left out. Arguably, a few of them would have involved special effects that did not exist in 1939, but some—including the killer bees and eye-pecking crows of the Wicked Witch—were probably too dark for MGM at the time.

Thus, the screenwriters were biased in their adaptation of L. Frank Baum’s work. More than that, different biases had to be accommodated among the three principal writers. Perhaps, there were even items that Baum himself chose to leave out of the book.

Likewise, there is no such thing as “unbiased history.” However pure the motivations of the historian may be, the historical work must have a particular focus, and some details must be left out for clarity and brevity. As was noted by Sir Walter Moberly, “The most pernicious kind of bias consists in falsely supposing yourself to have none.”

In the health care field, bias—indeed conflict of interest—has long been associated with Big Pharma’s questionable practice of paying doctors to promote drugs, as well as tying their sales reps’ compensation into the number of prescriptions written for particular drugs. To its credit, GlaxoSmithKline will be ending both of these customs. Whether or not this action is related to accusations of bribery that occurred in China, GSK is to be commended, and other drug companies are expected to follow suit.

However, in many cases, occasions of bias cannot be eliminated. Here, full disclosure and transparency must be the order of the day. Indeed, the violation of this precept—or better, the attempted violation of this precept—was at the core of the unprecedented action taken by HHS Secretary Kathleen Sebelius in December of 2011, when she overrode the FDA’s recommendation to expand the use of the Plan B “morning after” pill.

This move was at first bewildering to those who knew that Sebelius was ardently pro-choice, but was then completely understood in light of her being owned by the abortion industry. Evidently, she could not allow her paymasters to lose even one physical abortion to the drug.

When it became clear that Obamacare would actually lower Medicare payments, people were stumped as to how AARP could possibly have been in favor of it. That is, until, it was revealed that AARP is one of the biggest sellers of Medicare supplement insurance.

Some voices are also being raised in connection with the current debate in Los Angeles about the new ban on plastic grocery bags. A prominent pro-bag figure is self-identified filmmaker and activist Jay Beeber, who also railed against the red light cameras in 2011. Even though I personally think the bag ban is foolish and ultimately counterproductive, it would appear that Beeber’s talking points are far too similar to the industry’s to be merely a coincidence.

Others have alluded to ethics complaints against him. At the very least, he should disclose if there is a man behind the curtain in his case. Even better would be a statement informing us why he feels qualified to comment on this issue.

How ironic that in these days of little privacy and virtually no secrets—not to mention the damaging consequences of inconvenient revelations—Beeber, AARP, Sebelius, and all the rest have not stepped up to the new reality of full disclosure and transparency.