Having A Pet Can Improve Your Health 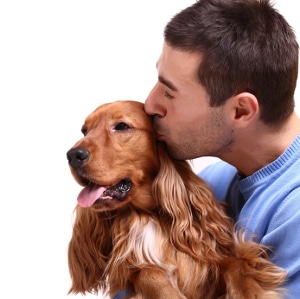 Having A Pet Can Improve Your Health

Over the past 30 years, dozens of articles have appeared in the scientific literature attesting to the health benefits of pet ownership. One oft-cited review from 1999, written by two nurses from University Hospital in Cardiff, Wales, is entitled “An exploration of the potential benefits of pet-facilitated therapy.” Authors Sarah Brodie and Francis Biley provide a historical perspective on the subject, invoking Florence Nightingale, among others.

And when we say “historical,” we mean it. Humans have had pets for a long, long time. According to Thomas Canby, in his 1979 National Geographic article entitled “The Search for the First Americans,” dogs may have been domesticated by American Indians more than 30,000 years ago.

Starting in 1867, in Germany, “therapy animals” were utilized at Bethel, a home for epileptics

Moving into the present day, here are a few documented health benefits of pet ownership:

1.     Improved cardiovascular health——Owing to decreased systolic and diastolic blood pressure, and stress reduction. If you already have heart problems, having a pet seems to help you live longer. Alan Beck, ScD—director of the Center for the Human-Animal Bond at Purdue University—notes that besides making you feel good, petting your cat or dog also soothes your pet.

2.     Better mood, more positive outlook——People with pets are generally happier, more trusting, and less lonely than those who don’t have pets. They also visit the doctor less often for minor problems. Allen R. McConnell, PhD—professor of psychology at Miami University of Ohio—explains: “One reason for that may be that your pet gives you a sense of belonging and meaning. You feel like you have greater control of your life.”

3.     Enhance a baby’s immune system——Babies raised in families that have pets may be less likely to get allergies and asthma. In addition, babies with dogs or cats at home have fewer colds and ear infections during their first year than those living in pet-free homes. Beck notes that the pets have to be in the home early on, ideally before a baby is six months old.

4.     Pets and ADHD——Owning and caring for a pet can help kids with ADHD burn excess energy, learn responsibility, focus, and self-esteem.

5.     Service dogs with special abilities——Possibly by virtue of a characteristic odor, one in three dogs living with a diabetic has the ability to alert its owner to a sudden drop in blood glucose. Dogs4Diabetics, Inc. trains service dogs to detect the scent of hypoglycemia in insulin-dependent diabetics. Dogs have also been trained to alert people when children are having seizures and to lay next to them to prevent them from hurting themselves in the process.

So, pets can really help us. But, how can we help our pets? One way is to give them the best food. Which brings us to Dave Ratner, owner and CIO (Chief Instigating Officer) of Agwam, MA based Dave’s Soda & Pet City. The popular chain now boasts seven locations. As Dave tells it, “I started the soda company, Dave’s Soda City, in 1975. About three years later, I was in a supermarket, and noticed that they had more pet food than soda. I thought, hey, what a great idea for a store.”

This soon led to the development of their own line of pet foods, called—aptly enough—Dave’s Pet Foods. The aim is to provide the highest quality and healthiest pet foods at the best prices, and Dave does this by eliminating as much overhead as he can. As such, he is the chief (and only) sales/marketing guy for the products.

The products—and a comprehensive range it is—are available in his stores, of course, but can also be purchased online, and at more than 2,000 independent pet stores all across the USA. Dave is the real deal. Check out this video. Here’s a bit more from Dave…

“Providing healthy pet food at a reasonable price defines the mission of Dave’s Pet Food, as well our support for independent retailers and dog and cat lovers nationwide. I have enormous gratitude for the people who entrust me to give their canine and feline friends the very best nutrients, vitamins, and minerals. This trust inspires my activity and underscores the success of Dave’s Pet Food.”

Maybe the best thing about having a pet is simply the unconditional love. Try finding that anywhere else these days.