Phthalates:  Hard To Pronounce, Hard To Spell, And Unjustly Attacked

Phthalates:  Hard To Pronounce, Hard To Spell, And Unjustly Attacked 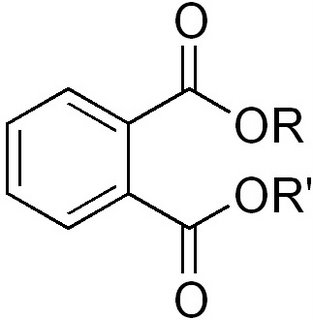 Elitism is hardly a new phenomenon. With the advent of Johannes Gutenberg’s printing press in the 1450s, many of the favored class feared that it would lead to a rise in literacy, and empowerment of those previously less fortunate. When the railroads began regular service in England, The Duke of Wellington famously noted that they would “…only encourage the common people to move about needlessly.”

Closer to our era, more than a few mainframe computer geeks condemned the first microcomputers as merely toys, no doubt concerned that opening up this technology to everyone would lessen their stranglehold on the field. And today, we must ask ourselves if the relentless assault on chemicals of every description is driven more by elitism, than by health concerns. Which brings us to phthalates.

Phthalates are esters (class of compounds produced when an acid reacts with an alcohol) of phthalic acid. The name is not so difficult to spell and pronounce if you simply consider the “ph” to be silent. Phthalates are primarily used as plasticizers—additives employed to change the so-called glass transition temperature (Tg) of a polymer. Often, this polymer is polyvinyl chloride (PVC).

The lower the Tg, the more flexible the polymer, and thus the more “plasticized” it is. PVC used for vinyl siding must be relatively rigid, with a Tg of 185-195 °F (85-91 °C). On the other hand, garden hoses should be flexible, and have a Tg of about 14 °F (-10 °C). To achieve this level of flexibility, 30 parts of a particular phthalate are mixed with 70 parts of PVC.

Other applications of phthalates include use in perfumes to make their fragrances last longer, and in tool handles and nail polish to resist chipping. Phthalates are colorless, odorless liquids with low water solubility, high oil solubility, and low volatility. That they are odorless is significant, since many sources incorrectly attribute new car smell to phthalates.

Phthalates are found in vital medical devices such as vinyl blood bags—a sea change improvement over glass bottles—as well as kink-resistant vinyl tubing. Note that the widespread use of such devices over several decades would itself attest to the safety of phthalates.

Yet, there are those fear entrepreneurs, especially Greenpeace, who have been doggedly attacking phthalates—along with a host of other compounds—for years. Indeed, Greenpeace founder Patrick Moore finally quit the organization. As he said in a recent piece in the Wall Street Journal:

The breaking point was a Greenpeace decision to support a world-wide ban on chlorine. Science shows that adding chlorine to drinking water was the biggest advance in the history of public health, virtually eradicating water-borne diseases such as cholera. And the majority of our pharmaceuticals are based on chlorine chemistry. Simply put, chlorine is essential for our health.

My former colleagues ignored science and supported the ban, forcing my departure. Despite science concluding no known health risks—and ample benefits—from chlorine in drinking water, Greenpeace and other environmental groups have opposed its use for more than 20 years.

Sadly, Greenpeace has evolved into an organization of extremism and politically motivated agendas. Its anti-chlorination campaign failed, only to be followed by a campaign against polyvinyl chloride.

However, PVC is far too widespread and beneficial to take down, so Greenpeace hopes to accomplish its goal by attacking the essential phthalates, used in polyvinyl chloride.

Phthalates are the new bogeyman. These chemicals make easy targets since they are hard to understand and difficult to pronounce. Commonly used phthalates, such as diisononyl phthalate (DINP), have been used in everyday products for decades with no evidence of human harm. DINP is the primary plasticizer used in toys. It has been tested by multiple government and independent evaluators, and found to be safe.

Much coverage has been given to the notion that phthalates impede the production of testosterone and disrupt the sexual development of infant boys. In fact, the science involved here is far from conclusive. The key study appeared in 2005, and is entitled “Decrease in anogenital distance among male infants with prenatal phthalate exposure.”

The paper is basically a statistical analysis that purports to show subtle changes in infants’ reproductive systems, linking this to their mothers’ exposure to phthalates. Yet, no actual damage was observed, and the shortened anogenital distance was well within normal ranges for baby boys. The work has been widely criticized for its methods and its inferences.

Independent statisticians found that the study incorrectly calculated the p-value. (This parameter is a measure of probability that a difference between groups during an experiment happened by chance. For example, a p-value of 0.01 means there is a 1 in 100 chance the result occurred by chance.) Moreover, the authors attempted to correlate the anogenital index with several different phthalates. But, when you try to associate a measurement with several different possible correlates, you have a higher chance of “finding” something that is really just a chance relationship.

The study’s small sample size was also a problem, as was the assumption that rodent results on phthalates are applicable to humans. For example, it is known that rodents have ten times as many cell receptors for phthalates than guinea pigs, monkeys, and humans. And human receptors are less sensitive than those in rodents.

Sensationalism in the popular media is one thing, but when it seemingly affects the editorial boards at scholarly publications, we all lose. Fortunately, the instant communications and proving ground of the Internet provide the needed balance.

“Green” attacks on so many accoutrements of modern civilization certainly reek of elitism, and look far too much like a smackdown of the common man, whose status has improved so greatly over the past 50-100 years.