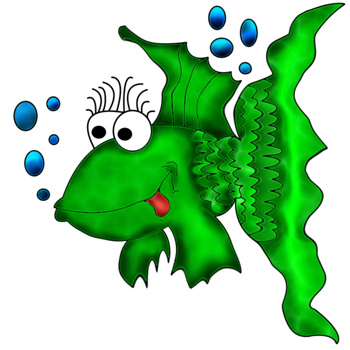 The third line of the original Hippocratic oath, as translated from the Greek states, “I will prescribe regimens for the good of my patients according to my ability and my judgment and never do harm to anyone.” In the popular parlance, this has become “First, do no harm.” Perhaps Dr. David Jenkins should have thought about that before he submitted his manuscript, entitled “Are dietary recommendations for the use of fish oils sustainable?” to the Canadian Medical Association Journal.

The article, which appears in the March 17, 2009 issue of the Journal, was written in collaboration with five others, including Canadian icon, and some say latter-day Baron Münchhausen—Farley Mowat.

The gist of the article is that we must stop eating fish, even if there are health benefits, because insufficient attention has been paid to the potential environmental impact of increased fish consumption, given the serious decline in global fish stocks. In short, relying on fish is not sustainable. The article also calls into question the widely-touted benefits of omega-3 fatty acids.

Jenkins certainly seems to be the contrarian here, and tends to cherry-pick studies that bolster his position, but even then he has to concede that, “At best, fish oils are likely only one factor among others that may reduce the risk of coronary artery disease.” Thus, we have the familiar “confounding factors” argument, whereby the parameter under study may only be a marker for an overall healthier lifestyle, and not be the main reason for the health benefit.

Jenkins fails to note that all epidemiological studies are subject to confounding factors, and have statistical control mechanisms in place to correct for such factors, assuming that they are known. If they are unknown, then this becomes a straw man argument, since any study could of course be influenced by unknown factors in an unknown manner—including his!

As to the environmental impact of fish consumption, the article alarmingly notes that, “even at current levels of fish consumption, fisheries globally have reached a state of severe crisis.” Interestingly, three of the four studies cited to prove this shrill hypothesis feature two of the current article’s authors. In other words, they are quoting themselves as the authority, a practice frowned upon in serious scholarship. This is only done in scientific papers to reference earlier work, and not to prove a statement as sweeping as the one I quoted.

The fourth source, a 2006 paper from Science magazine, entitled “Impacts of Biodiversity Loss on Ocean Ecosystem Services,” has been roundly criticized…

In projecting the extent of future fisheries collapse, we argue that the authors inappropriately extrapolated beyond their available observations and used data on marine reserves and fishery closures that are not representative of global fisheries.

From Ray Hilborn, professor in the School of Aquatic and Fisheries Sciences at the University of Washington:

The article is an example of the “faith based fisheries movement” which “threatens the very heart of the scientific process,” it is “fallacious and inappropriate to appear in a scientific journal,” and is “just mind-bogglingly stupid.”

From Mike Beck, Senior Scientist of Marine Initiatives with the Nature Conservancy:

“[T]he prediction of global fisheries collapse by 2048…was derived from a simplistic extrapolation that would get you an ‘F’ in high school statistics.”

The article dismisses aquaculture as a solution by referring to a 2000 Nature paper that indicts the practice by informing us that it takes 2.5-5 kg of feed fish to make 1 kg of farmed carnivorous fish. As such, the equation is an “unfavorable one.” The trouble with this jejune analysis is that the same equation applies in the wild. Does Jenkins want to kill carnivorous fish in the open sea to save the feed fish, because of the unfavorable equation?

Finally, and most damagingly, Jenkins makes no mention of what must be his actual agenda here. He advocates his oddly-named “portfolio diet,” which calls for the avoidance of meat, eggs, poultry, fish, and dairy. This near-vegan regimen—not surprisingly—will lower cholesterol and LDL levels. The big trouble with this sort of diet is that it is prone to deficiencies in protein, calcium, Vitamins D and Vitamin B-12, and requires serious effort to maintain proper nutrition.

There are reports of lactating vegan women producing babies with rickets, because of calcium and Vitamin D deficiencies. But then, one wonders why a vegan would be feeding an animal product to her baby in the first place.

Registered Dietitian Jennifer McGuire reminds us that, “You don’t need to be on an extreme diet to be extremely healthy.”

Maybe she should tell that to Dr. Jenkins.