Playing It Smart, Health-Wise, With Your Computer

Playing It Smart, Health-Wise, With Your Computer 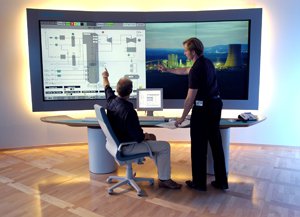 Many years ago, when I was in junior high (middle school to you young folks), a recurring theme was that the biggest problem in the 21st century would be how we would occupy all of our leisure time, since the “machines” would be doing everything for us, and our workweeks would be so limited. If only…

Perhaps, we should have been warned instead about what these machines would do TO us. For example, are video display terminals (VDTs), the monitors that accompany most desktop computers, a possible cancer threat? What about the radiation emanating from that monitor on your desk or work station—notably those so-called cathode-ray tube (CRT) devices?

The good news is that lead crystal, which has been used in the face of every CRT television and computer monitor manufactured since the 1950s, is highly effective at stopping radiation. In fact, these monitors emit about 2% of the radiation that one might absorb from the sky at night, and that’s about zero.

Yet, some alarmist critics allege that these video display terminals can be extremely harmful, and offer dubious protective measures such as admonishing users to sit at least two feet from the monitor. Ironically, as I was writing this very article, I measured the distance that I was sitting from the monitor and found it to be about two feet! However, none of these experts explain how being a few inches farther away from a supposedly dangerous source of radiation is going to make any difference in the long run. And, you can take comfort in the absence of any rational science proving such claims.

So, forget about getting cancer from your computer. But, before you breathe too great a sigh of relief, since video monitors are increasingly a big part of our lives, it is prudent to focus on a few modern day maladies that CAN be caused by computer work.

Most of us have experienced eyestrain, that can be quite severe, caused by uninterrupted sessions staring at the monitor. While your mileage may vary, it is recommended to award yourself with short vision breaks at least every 30-45 minutes. But, even if you don’t always do the right thing, according to the American Academy of Ophthalmology, “There is no convincing scientific evidence that computer video display terminals are harmful to the eyes.”

Studies indicate that most of the problems stemming from VDT use are related to poor ergonomic design of the workplace, lack of attention to the lighting and reflectance level of work surfaces, and the quality of the VDT itself. Besides all of these factors, make sure that your glasses are properly adjusted to the demands of the computer workstation environment.

Of course, vision complaints are not the only area of occupational hazards here. Many types of painful disorders can develop involving muscle groups in the hands, arms, and legs. Indeed, even the best conceived work station is not a cure-all. Again, getting up and walking away from the “one-eyed monster” will do wonders for those of us who seem to be locked into a sitting position, freezing various large muscle groups, that can throw our entire lower body support mechanism into disorder.

Fortunately, there are many good resources relating to the hazards that can affect today’s office worker. A good starting point is at the Occupational Safety and Health Administration’s website.

While computers and their monitors, like all tools, can be misused, it only takes small adjustments in our work habits to greatly improve the situation.