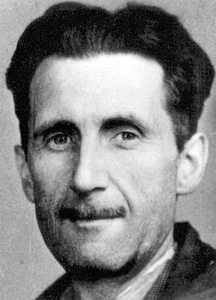 The term “politically correct” dates back to shortly after the Russian Revolution of 1917. Originally, it only meant adherence to the policies and principles of the Communist Party of the Soviet Union (aka the “party line”). Inevitably, though, the term would become one of derision, mocking those who would blindly follow Stalin’s enormous policy flip-flops during and after World War II.

These days, the term is primarily used to mock the imposition of overly precious speech codes, supposedly intended to prevent insult. Too often, though, the net effect is simply censorship. A common complaint is that the choice of what constitutes a worthy class of “victims” to protect, is capricious and wildly inconsistent. Those familiar with George Orwell’s dystopian novel 1984 will see that PC is closely related to “Newspeak,” the official language of his fictional country Oceania.

Newspeak seeks to eliminate all rebellious thoughts, and as such contains no negative words. If a resident of Oceania wished to express the concept of “bad,” he must use the word “ungood.” In our present non-fiction world, we have come perilously close to this, with political correctness helping to establish the so-called “narrative.”

The narrative represents the official pre-fabricated version of virtually every cultural, economic, and social encounter in our daily lives. That this narrative is often in conflict with reality is diminishing in importance. Indeed, many have suggested that the imposition of an Orwellian narrative has fueled much drug and alcohol abuse, even among the truest of true believers.

The quintessential example of “narrative” involves the DC-area Beltway sniper attacks of October, 2002. Every expert in the media, not to mention law enforcement, proclaimed that the perp must be a disaffected white male, a la Timothy McVeigh, the 1995 Oklahoma City bomber. Never mind that McVeigh’s truck bombing of the Alfred P. Murrah Federal Building bore no resemblance to the random individual shootings of the DC-area crimes. The arrest of the black John Muhammad and Lee Malvo for the sniper attacks was greeted with shock and disbelief. It didn’t fit the narrative.

The first significant intrusion of PC into the realm of public health came in the 1980s with the AIDS epidemic. Many healthcare professionals expressed dismay that the newly found civil rights of those infected seemed to trump the accepted tenets of caution, infection control, and medical history documentation. Likewise, eminent virologist Peter Duesberg—a prominent but hardly the sole voice disputing the HIV/AIDS theory—found himself ostracized by “mainstream” science.

As with any big-time medical issue in which tens of billions of dollars are at stake (cf. cholesterol theory of coronary heart disease), it is dangerous to go against the narrative. Even when a contrarian can find a suitable forum, he will be faced with a ready panel of well-financed inquisitors, quite prepared to misrepresent the findings of research articles. Inescaspably, this leads to an arcane academic discourse; and when language itself—as well as obtaining research grants—can be affected by PC, it becomes nearly impossible to elucidate the truth.

Some wags have suggested that Harvard change its motto from “Veritas” to “Politice Recte.”

In December, 2000, PC, M.D. : How Political Correctness Is Corrupting Medicine, by psychiatrist Sally Satel was published. Among many other examples, Satel describes…

1.     How advocates for crack-addicted pregnant women in South Carolina fought for their freedom to use cocaine during pregnancy.

2.     Public health professors asserting that the high incidence of hypertension in Blacks is a direct result of racial discrimination, basing this almost completely on tendentious arguments involving the slave trade and salt sensitivity.

3.     Baltimore’s Commissioner of Health suggesting that heroin be distributed to addicts, claiming they are too oppressed to help themselves. Ever hear of Suboxone or methadone?

4.     The rise of a movement comprised of former patients who oppose involuntary commitment, or any treatment at all, for those with severe mental illness.

Ironically, complaints of “racism” are heard even if ethnic-related findings benefit the patient. Consider the case of BiDil, a drug used in the treatment of heart failure in African Americans (and off-label for anyone else).

Although initial trials failed to show efficacy, further examination of the results in various subgroups indicated a benefit to Black patients, leading to the African American Heart Failure Trial. One group took BiDil along with their usual heart failure medicines. Compared to a similar group of patients—taking only their usual medicines—43% fewer of the BiDil users died during the course of the study and 39% fewer of the BiDil users required hospitalization for heart failure. The BiDil group also reported a significant improvement in their day-to-day functioning.

Based on these compelling results, the FDA stopped the trial early and approved the drug—for Blacks. B-b-but, this is racist! No less than medical blockhead Francis Collins, now regrettably the director of NIH, averred that “We should move without delay from blurry and potentially misleading surrogates for drug response, such as race, to the more specific causes.” For Collins, PC really is more important than public health.

As Henry I. Miller—biomedical scientist, former FDA drug regulator, and Hoover Institution scholar—noted, “[Collins] was correct, of course, but you make therapeutic choices using the data you have, not the data you wish to have. Political correctness notwithstanding, drug testing, approvals, and labeling must go wherever the evidence leads.”