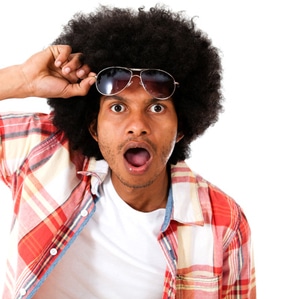 Perhaps more than any other time in American history, virtually every single contemporary issue is clouded by partisan politics. As such, getting unassailable facts on something as complicated as Obamacare (the Affordable Care Act—ACA) is dangerously close to a fool’s errand. But, your intrepid columnist will give it a shot.

Bear in mind that this signature legislation was introduced to the public, at least in concept, as early as 2007, during the endless presidential campaigning. Details were sparse but the promises were grandiose: Insurance premiums would decrease dramatically, and of course, you could keep your current doctor and health plan. You may recall that this barely disguised road to full-on socialized medicine was introduced—in strident crisis mode—to address the problem of Americans who did not have health insurance.

And, as the rhetoric increased, a subtle, but concerted effort was underway to convince the public that health insurance was essentially the same as health care.

So, what about improving the lot of the uninsured? Not surprisingly, many figures are being bandied about, so let’s try to make some sense out of them. One complication is that anyone who opted for Medicaid may have done so technically via Obamacare, but did so outside the exchanges, which are the heart of the system. The most commonly cited pre-Obamacare figure of uninsured is 45 million, and best estimates now put it at 41 million. This is according to the National Health Interview Survey, the first official government look at the uninsured after Obamacare policies kicked in on January 1.

Even if all credit for this 9% decrease is given to Obamacare, there is no escaping the fact that tens of billions were spent to achieve this rather pathetic outcome. If the proponents of Obamacare really were interested in insuring the uninsured, they would have worked on that problem directly, instead of making it a small part of a ponderous attempt at health care reform.

What about insurance cost savings? As discussed in earlier columns, the $2500 average savings for a “typical family” was based in large measure on an absurd overestimation of the cost savings that could be attributed to the forced implementation of electronic health records. Never has George Orwell’s observation that “One has to belong to the intelligentsia to believe things like that; no ordinary man could be such a fool” been so relevant.

We can stipulate that with or without Obamacare, health insurance premiums tend to increase. However, Obamacare did throw several unwanted items into the mix, under the guise of improving “quality.” In some cases, people lost their plans entirely because such features were not included. One finding from a study entitled “The Early Impact of the Affordable Care Act State-By-State,” published by the Brookings Institution, is that in 2014, premiums in the non-group market grew by 24.4% compared to what they would have been without Obamacare. Note that the non-group market represents those most likely to take advantage of Obamacare. Another finding is that premiums rose in all but six states.

Then there is the cost of ACA itself. In July, 2012, the Congressional Budget Office (CBO) estimated that Obamacare would reduce deficits by $109 billion over a decade. At the time, this figure was contested by some members, since—among other things—it double-counted cuts to Medicare as both reducing the deficit and funding other programs within ACA. Ironically, the year before, HHS hired an independent actuary, which confirmed that such double-counting was bogus and not allowed.

Fast forward to April, 2014 and the CBO’s report “Updated Estimates of the Effects of the Insurance Coverage Provisions of the Affordable Care Act.” Chock full of numbers—big numbers, this document estimates gross costs of the ACA at $1.8 trillion for the period 2014-2024. But hold onto your hats for this zinger, buried in a footnote on page 5:

“CBO and [Joint Committee on Taxation] can no longer determine exactly how the provisions of the ACA that are not related to the expansion of health insurance coverage have affected their projections of direct spending and revenues. The provisions that expanded coverage established entirely new programs or components of programs that can be isolated and reassessed. Isolating the incremental effects of those provisions on previously existing programs and revenues four years after enactment of the ACA is not possible.”

In other words, the budget folks cannot determine what the ACA is going to cost. Of course, President Obama, the bill’s namesake, has made tracking the costs very difficult, given his more than 40 changes to ACA. Heck, some of his changes eliminated provisions that were originally projected to save money, including CLASS, a nursing home and home care program, deemed “fiscally unsustainable” by then HHS Secretary and celebrated health care genius Kathleen Sebelius. CLASS was supposed to save $86 billion—more than one-half of ACA’s touted savings.

Yes, you read that correctly. With all their models, estimating, planning, and bloviating, they somehow didn’t see that one coming. And you thought the healthcare.gov website was their only epic failure. No wonder the public’s enthusiasm for Obamacare is…under control.