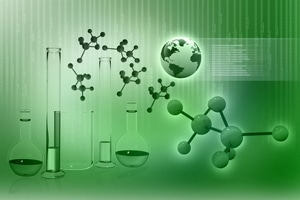 With any big election, there is plenty of the “thrill of victory and the agony of defeat.” (Apologies to ABC television writer Stanley Ralph Ross.) In the recent contest, some on the “agony of defeat” side have been weighing in on how Mr. Trump might impact science and healthcare. It’s no secret that British journal Nature has become politicized, and it offers up a few tweets under the title “How scientists reacted to the US election results—Trump victory generates shock, disbelief and fear of funding cuts.”

“This is terrifying for science, research, education, and the future of our planet. I guess it’s time for me to go back to Europe.”

“Good luck with funding. Ps my heart is *breaking* for all the young scientists I helped to teach and raise.”

“I do breast cancer research for my PhD….Scared not only my future but for the future of research and next years @NIH budget.”

Other sources quoted numerous academic scientists who are concerned that cuts in immigration might stop the flow of foreign slave labor (aka grad students). And, there were many references to Trump’s climate change skepticism; his sympathy to those who link autism to vaccinations; and his unhappiness with the NIH.

Let’s unpack this. There is little doubt that the number of foreign graduate students in the sciences has increased dramatically over the last 30 years. For a variety of reasons, American youth have lost some interest in research science—and it goes beyond the lack of job opportunities. As we have noted in an earlier column, Science has over-promised and under-delivered, and it’s getting more difficult to fool the public.

More than that, greed in the halls of academic science knows no bounds. Its profligate ways are shamelessly aided and abetted by deep-pocketed granting agencies such as NIH. Last year, in an article examining research using fetal tissue, we highlighted colossal NIH grants for projects that quite likely would never have any practical value—beyond a welfare scheme for the universities involved.

As to climate change skepticism, Trump has plenty of company. Many people dispute the science involved; the untold billions spent “studying” the problem; and the highly suspicious concomitant massive UN and government power grab. And, let’s not forget the suffocating elitism inherent in trying to prevent poorer countries from improving their lot with abundant electrical energy and infrastructure development.

One is reminded of Arthur Wellesley, Duke of Wellington, commenting on the grand opening of the Liverpool and Manchester Railway in 1830: “[Railroads will] only encourage the common people to move about needlessly.”

Regarding vaccines/autism, an outright simple connection has been ruled out—at least on an epidemiological basis. And yet, too many correlation/possible causation anecdotes persist. But, where is Science in all this? After all, the ridiculous research of Andrew Wakefield—which attempted to link the MMR vaccine to autism—was published in 1998 in the prestigious journal The Lancet. Notwithstanding its bogus methodology, and a chorus of voices criticizing both the work and Wakefield himself, the article was not retracted until 2010.

More disturbing, perhaps, is that the work of Michael Goldberg MD and others—whereby a neuro-immune origin for autism is proffered—has been painstakingly ignored by most of the medical establishment.

Sadly, since our healthcare system is more aptly described as “disease care,” there is clearly far more money in disease than health. As such, the prospect of lifelong medical intervention for autistic kids makes more business sense to the mandarins of healthcare, than astonishing improvements and even cures, documented by Goldberg. Here and here.

Finally, it must be said that many—if not most—people in science reside on the political left. One explanation is that so many of them derive their livelihoods from government grants. I suggest that they now use their long-idled powers of rational thought to reevaluate their current situation.