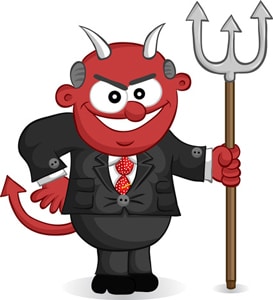 The title of this piece is taken from a mordant lyric in Richard Fariña’s 1966 folkie love song “Children of Darkness.”

Yet another stake has pierced the heart of the ridiculous meme that the biggest problem in American health care is getting everyone insured. I’m talking about the recent highly publicized case at UCLA’s Ronald Reagan Medical Center in which 179 patients may have been exposed to Carbapenem resistant enterobacteriaceae (CRE), resulting in two deaths. So far, seven UCLA patients are confirmed to have been infected with CRE—a dreaded superbug that it is fatal in up to 50 percent of those it infects.

Infection control guru Lawrence Muscarella notes that since 2012, there have been at least six other instances of similar CRE outbreaks, most of which were caused by contaminated duodenoscopes, used in endoscopic retrograde cholangiopancreatography (ERCP). No doubt, ERCP is a lifesaving procedure, whereby many diseases of the pancreas and biliary system can be treated. Prior to ERCP, if treatment were even possible, open surgery was the only method.

However, sterilization or high level disinfection of these duodenoscopes can be difficult. The well-known adage that a device first has to be clean to be sterile applies, and attention has been focused on a component of the scope called the “elevator forceps.”

Not surprisingly, in every case of CRE infection, hospitals insisted that they were following the scope manufacturer’s reprocessing instructions. “Reprocessing” is a curious term used in the industry referring to the validated process of cleaning, disinfecting, or sterilizing endoscopes and accessories. Inasmuch as there is an immense difference between cleaning, disinfection and sterilization, such a collective term seems, at best, counterproductive.

Reaction of officialdom—our “foul command” if you will—to these CRE outbreaks has been disheartening—if not depressing. The American Gastroenterological Association blames the scope manufacturers…

“The problem of infection transmission lies in the complex design of duodenoscopes where the elevator channel can allow bacteria to remain after cleansing, even if reprocessing follows accepted procedures.” (from a February 20, 2015 press release)

And how’s this for world class detachment, courtesy of John Allen, MD, the Association’s president: “This problem (superbug-contaminated duodeonoscopes) has been known since at least 1987. It certainly is disturbing that a fundamental design issue with these scopes would cause problems for this long.” Amazingly, the docs who garner big bucks using these scopes assume zero ownership regarding their problems. Apparently, it’s up to those underpaid basement dwellers in the hospital (Sterile Processing Departments) to sort all this out.

How well would society tolerate a celebrity chef who showed a similar reaction, if food-borne illnesses at his restaurant were traced to improper food handling procedures?

Regular readers of this column are aware that I am no fan of the FDA. Sadly enough, the agency’s posture in this affair confirms my assessment, despite a host of relevant journal articles and adverse event reports dating back nearly 30 years—for these and similar scopes. According to William Maisel, MD, MPH, Chief Scientist and Deputy Center Director for Science at FDA’s Center for Devices and Radiological Health (CDRH): FDA did not recognize the potential problems with contamination with the scopes until September 2013, when officials were contacted by the Centers for Disease Control and Prevention with information about infections. Right, Bill.

But, it gets worse.

UCLA and other affected hospitals have turned to true sterilization of the duodeonoscopes with ethylene oxide (EtO). UCLA has been cooperating with Olympus, the scope manufacturer, who endorses the use of EtO in its reprocessing manual for the scopes in question. Experts in EtO sterilization tell me that pre-cleaning of the scope would have to be woefully inadequate to allow bacterial contamination to survive the process.

In a safety communication entitled Design of ERCP Duodenoscopes May Impede Effective Cleaning issued by FDA on February 19, 2015, it is stated in bold letters to “Follow closely all manufacturer instructions for cleaning and processing.” Fair enough.

Then why is Maisel quoted in the LA Times on February 23rd as being against the use of EtO? Although gas treatment “has helped in some cases where there have been outbreaks,” Maisel said, “there can be ethylene oxide residual levels on the products that can be harmful to patients.” An additional problem, he said, is that using gas “can damage the scopes themselves. And so we are not, at this time, recommending routine ethylene oxide sterilization.”

These statements are so outrageously stupid as to beggar belief. Residual levels of EtO are removed during the FDA-required aeration process, and if the gas damages the scopes, why would Olympus be recommending it?

Insiders have given me all sorts of reasons why Maisel said what he did. Regardless, the long-troubled CDRH shows no signs of improvement. On the bright side, Rep. Ted Lieu (D-CA) called on Congress to investigate what the FDA and device makers are doing to protect patients from the spread of deadly bacteria. “For the life of me, I don’t understand why the FDA didn’t issue this advice until now,” he said. “I want to know what the FDA knew and when did they know it.”