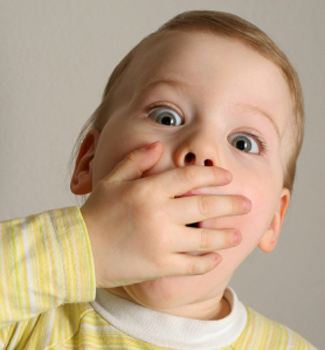 In 2001, the Food and Agriculture Organization of the United Nations and the World Health Organization, in a Joint Expert Consultation, defined “probiotics” as “Live microorganisms which when administered in adequate amounts confer a health benefit on the host.” For the most part, these microorganisms are bacteria.

The origin of the term “probiotic” is credited to German researcher Werner Kollath (“Probiotika“), who used it in a 1953 publication entitled “Nutrition and the tooth system.” Kollath’s usage was to describe organic and inorganic supplements necessary to restore health to patients suffering a form of malnutrition resulting from eating too much highly refined food.

It is more important to perceive that antibiotics affect our autochthonous (indigenous) microorganisms living together with us in a biocoenosis (biotic community) or even in a symbiosis and thus deplete us of essential probiotics. Werner Kollath proposed the term probiotics. Consequently, probiotics are the opposite of antibiotics.

Notably, the art of preparing fermented milk products such as yogurt goes back thousands of years, and some traditions claim that the Genesis patriarch Abraham owed his longevity to the consumption of cultured milk.

Even conservative medical authorities acknowledge that probiotics may be beneficial in:

Among other similar results, a 2005 Swedish study by Tubelius et al. found that a group of employees at the company TetraPak which was given the probiotic Lactobacillus reuteri missed less work due to respiratory or gastrointestinal illness than did a control group which was not given the supplement.

Fair enough, but what about bad breath?

It is well established that a primary cause of bad breath is the formation of so-called volatile sulfur compounds—the by-products of bacterial metabolic degradation. This process occurs on oral surfaces, in periodontal pockets, and especially on the dorsal surface of the tongue. Researchers have identified the species of bacteria most associated with odor production, along with a species most prevalent in those subjects without bad breath.

In fact, the good species, Streptococcus salivarius, is essentially absent in bad breath sufferers, but is the most prevalent species (on the tongue dorsa) in people without bad breath.

In the 1990s, Professor John Tagg of the University of Otago (New Zealand) was tracking the incidence of certain childhood diseases, and came upon a particular child who seemed free from sore throats for several years. From this child, he isolated a specific strain of Streptococcus salivarius he called K12. Tagg’s research interest has long been finding helpful bacteria that might be harnessed to fight disease-causing bacteria—a quest that derives from his battle with rheumatic fever as a teenager.

Tagg and his associates developed probiotic products to address throat and oral health problems. Similar preparations were given to subjects of a study published in 2006 that looked at how K12 would fare with bad breath symptoms. The results were excellent, but then, we already knew that S. salivarius people (especially those with K12-like strains) don’t get bad breath!

The products have been commercialized by BLIS Technologies Ltd. of New Zealand, and are sold outside Australia and New Zealand by American bad breath guru Dr. Harold Katz’s company Therabreath.

Medical futurists are lavish in their expectations for probiotics, although few mention curing halitosis. Still, this breakthrough is music to the ears of millions of bad breath sufferers—and those close to them.