Protecting The Integrity Of Scientific Data 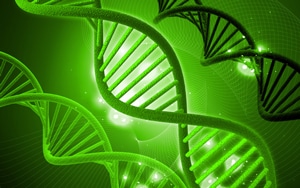 Protecting The Integrity Of Scientific Data

Those of a certain age will recall the 1953 Watson & Crick paper describing the double helix structure of DNA, and the 1962 Nobel prize, also awarded to Maurice Wilkins for the discovery. While all sorts of dramatic medical breakthroughs were predicted in the wake of the newly-understood molecular structure, the biggest boon—by far—has been in the field of forensic science.

The first case to be solved by DNA profiling involved two rape/homicides, occurring in 1983 and 1986 in Leicestershire, England. The perp was nailed, following a mass screening of nearly 5,000 men in the area. Moreover, the DNA evidence linked the two crimes, and exonerated an innocent man, initially suspected of the second offense. The January, 1988 conviction of local baker Colin Pitchfork established a new era in forensics, and is rightfully celebrated.

Generally overlooked in this matter, however, is the notion of specimen tracking and chain of custody. Indeed, Pitchfork was able to avoid giving a sample in the initial screening by having a friend—Ian Kelly—provide a specimen, posing as Pitchfork. It was only by chance that this subterfuge was discovered. A woman heard Kelly boasting of his nefarious deed, and informed police.

Otherwise, the wonderful tool of DNA profiling would have gone for naught, because of poor specimen security and documentation. How could Kelly so easily have posed as Pitchfork?

But high-profile crimes are by no means the only situations that call for impeccable specimen security and chain of custody. Consider the $50 billion-plus US business sector of diagnostic and medical laboratories. In instructions to its professional clients, industry leader Quest Diagnostics expends nearly 3000 words on the subject of specimen handling. Bear in mind that such protocols refer to merely the initial stages of work with these specimens. One can only imagine what internal controls Quest imposes on itself.

A burgeoning portion of the diagnostics business is the segment called Direct-To-Consumer (DTC) diagnostic testing. About a year ago, the FDA brought the hammer down on certain genotype-based DTC companies, but there is far more to this field than personal genome testing. There are currently dozens of smartphone apps that interact with physiological sensors. Some of these upload the data to a server—operated by a diagnostics company—which then interprets the data, and reports back to the user.

In other cases, such as Cologuard®—a noninvasive colon cancer screening test based on DNA science—a sample is collected by the patient in the privacy of his home, and is shipped to the lab. Results are then communicated to the patient, via his prescribing physician.

Whether interaction with the diagnostic lab is via a physical sample or its digital fingerprint, specimen security and chain of custody are vital. Which brings us to sampleminded®, a professional services entity that was organized in February 2008. The company offers low-cost, highly-configurable tools to manage specimen tracking and chain of custody for multi-study, multi-site clinical trials.

Recently, I was briefed on some of the benefits of their software…

According to Daniel Steenblik, Vice President of Technology and Operations…

“We empower researchers and clinicians to streamline key responsibilities like specimen tracking and chain of custody for a multitude of sample types. The applications we provide are also easy to use and maintain, allowing doctors and scientists to focus on more urgent matters, like developing the next generation of therapies or diagnostic tests that have the potential to save lives and reduce medical costs.”

“By way of example, working with Exact Sciences, sampleminded played an important role in the launch of Cologuard®, an at-home, noninvasive colon cancer screening test. Our goal is to do the same for other pioneering researchers.”