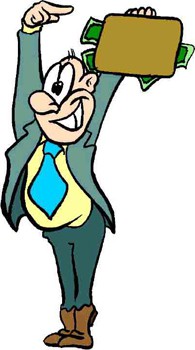 The easiest way to change the public perception of any profession is to give it a different name. There are prostitutes, hookers, streetwalkers, call girls, courtesans, and sex workers. Each one of these terms conjures up an particular image, with “courtesan” being the most high class and “sex worker” being the most politically correct. With the public perception also comes the value. One would expect a courtesan to charge much more than a streetwalker.

It was no accident, then, that with the proliferation of health insurance plans in the 1970s came the change in terminology from “physician” to “provider.” Thus began the devaluing of the practice of medicine. Cold comfort to today’s docs that the vast majority of the 1970s crop fell in line with nary a protest.

At first, most providers were physicians, but under the cloak of this more generic terminology, so-called mid-level providers began to appear. In certain cases, your primary care provider nowadays might be a nurse practitioner or physician assistant. In a narrow sense, this saves money, but it also pushes the healing arts in a direction most physicians have come to regret.

One can argue that doctors should not have to waste their time on routine and mundane matters, that could more efficiently be handled by these mid-level providers. Like many polemics, there is a grain of truth here, but take care where this will lead you. In fact, most of the daily activities of any profession are routine and mundane. Indeed, once they become tiresome for the mid-levels, do we pass them off again–to a newly minted low-level provider? Will a federal bureaucracy be created to determine exactly what is routine and mundane?

Unfortunately, for doctors, becoming a “provider” is only one of the synergistic factors powering the devaluation vortex. Another is the notion that health care should be free. In fact, dominating every aspect of the health care discussion is the precept that someone else should pay for it. Forget the inevitable lip service about health being the most important thing. Instead, as they say, follow the money.

Gifted athletes are recruited from the time they are ten years old, and are pampered all the way through their charmed lives. Their college expenses are paid for, and as a worst case scenario, they leave the institution debt-free. However, if they have what it takes, they will earn fabulous wages, even if they are relatively mediocre performers. All sorts of bad behavior will be tolerated throughout their lives, and unless something truly bizarre occurs, they will be honored until they die.

What about doctors? In only the most rare cases are academically gifted students ever recruited, and full ride academic scholarships are scarce. Upon graduation from medical school, they are massively in debt ($250,000 is not uncommon). Little known to the public is the sad fact that there are not even enough medical residencies to accommodate all graduates. And, in the only similarity they have with athletes, they are assigned to a residency (very likely not their first choice), via medicine’s version of the draft, called the Match.

Upon completion of residency, they can either go into primary care–and medicine’s lowest wages–or take yet more training in a specialty, for the prospects of slightly more money. But reimbursements to specialists have also been cut. Herein lies another factor in the devaluation process. Since third party reimbursement represents the lion’s share of how doctors get paid, there is essentially no doctor-patient relationship. The doctor’s customer is the third party payer.

I realize that some physicians–including a few in leadership positions–still have delusions about this. But, they are only delusions. Add to the mix work rules and a documentation burden that would make a lawyer blush, is it any wonder most physicians are unhappy?

Given all this, shouldn’t they at least be paid promptly? Not that slow-paying patients are a new phenomenon. Records exist of Charleston, SC physician David Ramsey complaining of slow payment in 1778. One thing our present day docs have that Ramsey didn’t is credit cards. Although acceptance of bank credit cards was nearly universal in retail establishments by the 1980s, it would take ten more years for them to be common in doctor’s offices.

Fortunately, physicians can turn to any number of merchant service providers (that word again). One of the up-and-comers is Aliso Viejo, CA based Total Apps, Inc. As executive director Jason Taylor explained, the company is more than a credit card processor. Per their website, it is “Your Advanced Payment Processing Solution.” He continues…

By using the Total-Apps software during the patient’s intake and insurance review, you can get authorization to debit the any remaining balance from the patient’s account automatically. Moreover, you can personally work with the patient to set up a payment plan to fit their budget and timing all to occur automatically. Set up is easy and Total-Apps offers secure online payment options for your patients with a personalized payment web page.

We can also help by lowering your accounts receivable, increasing your cash flow, reducing bad debt, and increasing patient satisfaction.

At last. Some positive news for our beleaguered health care providers.