Putting A Stake Through The Cholesterol Theory Of Heart Disease

Putting A Stake Through The Cholesterol Theory Of Heart Disease 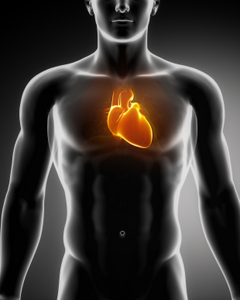 This column has scrutinized the cholesterol theory of heart disease in previous articles. The overwhelming evidence against this theory is widely available, but here are a few key points:

We owe the cholesterol theory to a Russian pathologist, Nikolai N. Anitschkow, who in 1913 fed purified cholesterol dissolved in sunflower oil to rabbits, producing vascular lesions closely resembling human atherosclerosis. Since cholesterol only derives from animal sources, and rabbits are herbivores, you might wonder how relevant Anitschkow’s experiment actually was.

So did other researchers who tried to duplicate his results in dogs and rats—and failed. It would later be shown that the elevated cholesterol in rabbits depressed thyroid function, and that was the real culprit. Even Ancel Keys, the infamous data cherry-picking promoter of the related saturated fat connection to heart disease, would readily admit that dietary cholesterol has little effect on serum cholesterol in humans. And, high cholesterol diet studies in primates indicate that arterial lesions are produced only in those arteries that were already significantly inflamed.

You might ask why Anitschkow decided to feed cholesterol to rabbits in the first place. According to a 1993 paper by Jeffrey M. Hoeg and Anatoli N. Klimov, he was examining the notion—proposed in his era—that too much dietary protein accelerated the aging process. In fact, in 1909, work done at Nikolai’s med school, by Dr. I.A. Ignatowski, involved feeding rabbits large amounts of meat, eggs, and milk. Young rabbits developed serious liver and adrenal problems, while adult rabbits got those arterial lesions. Since atherosclerosis is a sign of aging, Ignatowski believed that he had proven the hypothesis.

Not so fast. Anitschkow showed that he could produce the same effect without any protein, by just using cholesterol. Somehow lost on these Russian scientists was the little matter that the diets they were forcing on those poor creatures bore no resemblance to what they consumed in real life.

Fast forward to the present.

While you would expect that tying dietary elements to heart disease can be complex, clinging to—and applying seemingly endless modifications—to a theory which was first proffered nearly 100 years ago might be a fool’s errand. Here’s more food for thought:

An article just appeared in The Lancet, entitled “Plasma HDL cholesterol and risk of myocardial infarction: a mendelian randomisation study.” In essence, the study suggests that while high HDL-C may well be a marker of lower risk for heart disease, as the authors put it “These data challenge the concept that raising of plasma HDL cholesterol will uniformly translate into reductions in risk of myocardial infarction.”

Likewise, new data from the Framingham Heart Study, presented on March 25th at the American College of Cardiology’s 61st Annual Scientific Session indicate that low LDL-cholesterol correlates with the future development of cancer. As Dr. David Brownstein and others point out, there are numerous studies linking low cholesterol (including LDL-cholesterol) and cancer development.

More than that, low cholesterol is related to reduced immune system function, and has been connected to the development of neurological disorders such as Parkinson’s and Alzheimer’s disease. Maybe that’s because the brain requires large amounts of cholesterol.

So, what does cause heart disease? Many people now believe that it originates with so-called silent inflammation (chronic inflammation that initially brings you no pain), driven by overproduction of “bad” eicosanoids—biochemicals that control the inflammatory process. It is most ironic that one of the greatest physicians of all time, Dr. Rudolf Virchow (1821-1902), believed that atherosclerosis is an inflammatory disease, and advanced this theory more than 150 years ago!

Well-known PhD biochemist Barry Sears has been leading the charge against inflammation, and he’s definitely in good company.