A Rational Look At Climate Change

A Rational Look At Climate Change 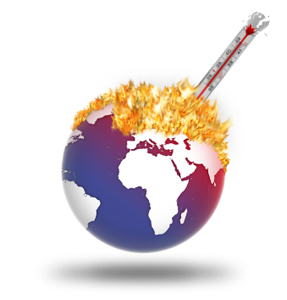 As often happens—especially these days with Web-based media—contentious issues such as global warming become politicized to the point that the discourse trivializes to an alarming extent. Indeed, all one seems to hear about climate change are essentially useless debates between deniers and skeptics, along with unrealistic and grotesquely draconian proposals that would force us back into the Stone Age in an effort to mitigate carbon dioxide production.

Assertions by zealots and politicians, who should really know better, that climate change is the “most important environmental problem facing the world,” ought to be subjected to the, uh, cold light of reason. Before untold resources are spent, shouldn’t we at least compare climate change to other problems facing mankind? Fortunately, someone has finally done just that. Noted scholar, Dr. Indur M. Goklany, whose résumé includes stints with federal and state governments, think tanks, and the private sector for over 30 years, has released a detailed analysis—prepared for the Cato Institute—entitled What to Do about Climate Change.

Goklany’s most significant conclusion is that…

Consider malaria. In the period from 1990-2085, the population at risk is projected to double—from 4.41 billion to 8.82 billion, in the absence of climate change. And, by 2085, climate change will cause an additional 256 to 323 million people to be at risk for malaria. Sounds scary, yet this number represents no more than 3.5 percent of the population at risk. 96.5% of this cohort exists because of other factors.

Thus, if climate change were somehow reversed to achieve 1990 levels, only a tiny fraction of this problem is addressed. Full adoption of the Kyoto protocol has been projected to reduce climate change by only 7 percent, at a cost estimate of $165 billion per year, for so-called Annex I countries. But, this extrapolates to 7% of 3.5%, or a reduction in the at-risk malaria population of a scant two-tenths of one percent!

Yet, according the UN Millennium project, a 75% reduction in malaria deaths can be achieved for $3 billion/year, with a program focused directly on malaria prevention (not triangulated through climate change initiatives). Talk about a better bang for your buck.

Some may argue that the case of malaria is too simplistic, and we should also look at more generic ecological issues. How about terrestrial biodiversity?

There is little argument that expansion of croplands represents the single greatest threat to terrestrial biodiversity and the expanse of coastal wetlands. Ironically, models with the coolest future seem to predict the highest habitat losses. Reason suggests that efforts to improve agricultural productivity and techniques for more efficient use of water in agriculture would be of extreme benefit here.

Goklany cites a paper published in Nature, that attributed 170,000 deaths to global warming in 2000, even as its authors acknowledged serious flaws in their own analysis. Taking this number at face value, compare it to the top ten global health risk factors related to food, nutrition, and environmental and occupational exposure, according to the World Health Organization (data for 2001):

At present, then, climate change is nowhere near the most important environmental (or public health) problem facing the world. Furthermore, as Goklany demonstrates, solving specific problems that would be exacerbated by climate change is a far more rational policy than attacking carbon dioxide production. A bonus is that these problems would be solved or diminished regardless of whether climate change occurs or not.