To Reform Health Care, Look At Outcomes And Quality–Not Just How It’s Paid For

To Reform Health Care, Look At Outcomes And Quality–Not Just How It’s Paid For 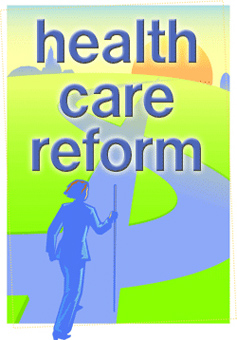 As the presidential campaign heats up, you’ll be hearing a lot about health care reform. Almost always, though, this “reform” is limited to improvements in availability and modifications in how it will be paid for. A related term—universal health care—emphasizes that it should be available to all, and implies that someone else should pay for it.

While availability and funding are certainly valid concerns, health care is the only service in existence, whereby virtually none of the discussion focuses on outcomes and quality. The reason for this is simple enough. Political debates are usually centered on two things: How money is spent, and why you’re not getting a big enough piece of the pie. They are almost never concerned with the technical details of the particular program under discussion.

Thus, any effort to reform Social Security inevitably dwells on “Don’t take away my Social Security,” while leaving wide-open the problem of who is going to pay for an aging population that promises to live a long time.

As to health care outcomes and quality, let’s consider a single disease, albeit a huge one: Hypertension.

According to the CDC…

As such, many studies have indicated that lowering blood pressure has beneficial effects, and the health authorities have done a reasonably good job of scaring Americans into doing something about high blood pressure. Hypertension is usually asymptomatic, giving the condition its nickname “The silent killer.”

So much for the standard boilerplate.

Less well-known to the public, but quite familiar to those in the health care professions is the amazing finding that 90-95% of the cases of hypertension are idiopathic (arising spontaneously or from an obscure or unknown cause). These cases are referred to as primary or essential hypertension. Although numerous theories have been proffered, there is no unifying hypothesis to account for the pathogenesis of essential hypertension.

Or, put another way, there is a major disease out there, and we don’t know what causes it in 90-95% of cases.

Getting personal for a moment, I had noticed in the last year or so, that by the conventional definitions, I had high blood pressure. This was a bit surprising, since I thought I had a decent diet, and exercise regularly. However, since the conventional wisdom is that blood pressure increases with age, I figured that mine was just another case of essential hypertension.

I consulted a doctor who told me to monitor my pressure at home, and report back in two weeks. I was searching for some explanation beyond the fact that I was getting older. Then, it came to me.

When my youngest son was in high school, I helped him with a science project that involved giving caffeinated beverages to subjects, and monitoring their vital signs. We tracked increases in heart rate and blood pressure, and for many of the subjects, it was clear that caffeine increased their pressure.

In my line of work, I am alone a lot, in front of a computer, and it is very easy to consume 8-10 cups of coffee per day. So, I tried an experiment. Take no caffeinated beverages, and measure blood pressure at various times of the day. The results? Within five days of stopping caffeine, my systolic was down at least 15-20 points, and the diastolic was down 5-10 points. I also added arginine and magnesium to my supplements, but believe the dramatic effect was due to eliminating caffeine.

Given the prevalence of coffee drinking—to say nothing of caffeinated soft drinks—how many people have “idiopathic” hypertension, which in reality is caused by caffeine? How much of that $63.5 billion goes toward hypertension drugs taken by caffeine fiends?

I checked major health websites for information on this. If the CDC mentions caffeine etiology, it surely is not prominent. Ditto for the National Heart, Lung, and Blood Institute. Certain popular websites have contradictory articles on the subject, and to its credit, the Mayo Clinic features a well-balanced piece.

Apparently, the official medical view on this is that any effect that caffeine may have is temporary, although certain individuals might be more sensitive. I’d like to say that my doctor asked me about caffeine consumption, but he did not, although he did discuss drug therapy.

As to outcomes and quality, how many people whose hypertension could be controlled via lifestyle changes are on meds with side effects? Nobody knows, but if all that counts is that someone else is paying for the meds, maybe it doesn’t matter.