The Role Of Charity In Healthcare 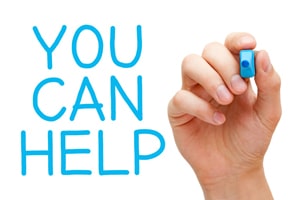 The Role Of Charity In Healthcare

The Oxford Dictionary defines “charity” as “The voluntary giving of help, typically in the form of money, to those in need.” There are also ancient religious traditions to consider…

Charity is hardly a new phenomenon. Ancient Hebrews (2500 BC) initiated a tithe to help the poor. In 28 BC, Roman emperor Augustus distributed public aid to an estimated 200,000 people. In 1643, Harvard University organized the first charity drive in America, raising 500 pounds. Alexis de Tocqueville’s Democracy in America is published in 1835, in which the philanthropic spirit of Americans is identified as one of the country’s strengths.

While charity per se can trace its origins to dim antiquity, medical charity seems to be a different matter. Oregon State University history professor Gary Ferngren discussed this in an award-winning article entitled “The Sick Poor and the Origins of Medical Charity.”

Referring to the plague of Athens in 430 BC, he notes that “virtually all outbreaks of infectious disease were left to individuals to deal with on a self-help basis. Emergency measures were rarely taken by municipal officials—hence the frequently described scenes in classical literature of corpses lying unburied in the streets during times of plague. Moreover, public officials did not believe they had any responsibility to prevent disease or to treat those who suffered from it.”

Ferngren quotes scholar AR Hands: “Broadly speaking, pity for the poor had little place in the normal Greek character; and consequently, for the poor as such, no provision usually existed; the idea of democracy and equality was so strong that anything done must be done for all alike; there was nothing corresponding to our mass or privately organized charities and hospitals.”

Ferngren argues that the rise of Christianity, and its agape is what turned the tide. He details the history of hospitals—as distinct from the Roman infirmaries. He names the “best known and the earliest” hospital as the Basileias, founded around 369 AD by St. Basil the Great. The facility included a separate section for each of six groups: the poor, the homeless and strangers, orphans and foundlings, lepers, the aged and infirm, and the sick.

Fast-forwarding to the present, there are hundreds of medical charities, most of which are secular. Some of these organizations boast annual donations measured in nine figures.

In a 2014 report from UK-based New Philanthropy Capital, key strengths of the charity sector in supporting good health are detailed…

1.     It occupies a unique position between the system and the beneficiary. It can therefore act as a trusted, independent intermediary and deliver improved coordination between different parts of the system.

2.     It ensures greater understanding of need, by having direct patient and community contact.

3.     It provides joined-up, holistic support. Charities care for the whole person—whether their needs are medical, emotional or social—and provide support throughout a patient’s journey to recovery.

4.     It influences the design and delivery of services. A large proportion of charities are involved in the delivery of health and social care services.

5.     It creates significant opportunities to save money. There are many charity activities that complement private sector/public sector healthcare.

Let’s pivot back to that Talmud quote: Save 1 Person is a unique direct resource where people who need immediate medical help can find an angel willing to solve that problem—from people in need of living organ donors, bone marrow matches, to diagnosing a disease that baffles doctors, or any other medical need that isn’t being solved from the ordinary avenues. In other words, its goal is to find a medical miracle, or to give assistance to people who have exhausted all other avenues of hope.

According to founder and director Lauren Finkelstein…

“Save 1 Person saves many people by giving them the opportunity to help the least among us; to help those who need an organ transplant or some other form of emergency medical treatment; to care not only about one patient, but all patients; to become organ donors, and to donate their time and resources to a cause greater than themselves. We feature children and adults from all walks of life, whose survival depends on our ability to increase attention on their behalf. By sharing their stories, we seek to ensure they will live to tell many more stories––in health and happiness––for years to come.”