Save Us From The Experts…Please! 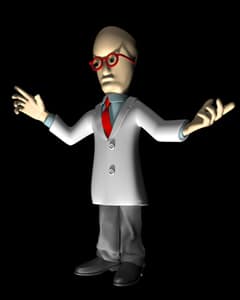 Save Us From The Experts…Please!

Last week, many newspapers ran some version of a Washington Post piece entitled “The U.S. government is poised to withdraw longstanding warnings about cholesterol.” Reporter Peter Whoriskey lavishes more than 1800 words on a story that is well-summarized in his first two paragraphs:

The nation’s top nutrition advisory panel has decided to drop its caution about eating cholesterol-laden food, a move that could undo almost 40 years of government warnings about its consumption.

The group’s finding that cholesterol in the diet need no longer be considered a “nutrient of concern” stands in contrast to the committee’s findings five years ago, the last time it convened. During those proceedings, as in previous years, the panel deemed the issue of excess cholesterol in the American diet a public health concern.

Apparently, this information—in advance of the official publication Dietary Guidelines for Americans, 2015—was leaked via a video of the Dietary Guidelines Advisory Committee’s December, 2014 meeting and remarks from knowledgeable sources.

Surely, the public, which still slavishly relies on the pronouncements from these mountebanks, will be more confused than ever. Here we are in 2015, and these brilliant experts finally determine that dietary cholesterol has little effect on serum cholesterol—a fact that has been known for at least 24 years, documented in dozens of studies.

Among the trials examined was the Oslo study, which had been widely touted as proving the importance of reducing dietary cholesterol. However, there was grotesque selection bias in the subjects, favoring individuals consuming extraordinarily high amounts of fat and cholesterol pre-study. Moreover, the subjects were required to follow a diet that was as unrealistic as it was unpalatable. As lipid-cholesterol theory fanboy Daniel Steinberg puts it:

“The key element was a sharp reduction in saturated fat and cholesterol intake and an increase in polyunsaturated fat intake. In fact, each experimental subject had to consume a pint of soybean oil every week, adding it to salad dressing or using it in cooking or, if necessary, just gulping it down!”

With all that, the serum cholesterol reduction was 13.0 percent. There was also a good deal of purposeful conflation of results, combining dietary changes with smoking cessation, as it affected mortality. Singling out the Oslo study, Ramsay et al. concluded that “[It] does not, in short, support the policies set out in recent guidelines and, conversely, recent guidelines do not recommend the form of intervention tested so successfully in the study.”

Pioneering cholesterol skeptic and prolific writer Uffe Ravnskov, MD, PhD cited this work, and a host of other studies to conclude (in 2000)…

As to the Dietary Guidelines Advisory Committee, their risible, decades late embrace of the obvious in no way makes up for the bad medicine that will inevitably appear in the 2015 Guidelines: Advocacy of the high carb/low fat/low salt diet, despite massive amounts of data demonstrating its ill effects.

Yes, these experts are driving a titanic public health disaster. Your tax dollars at work.