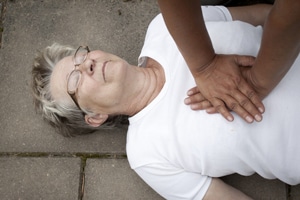 Now, here’s a wide-open topic. So, let’s set a few boundaries. Politics will be avoided, especially the dubious sorts of assertions whereby a particular law or court ruling will either save lives or kill thousands. We will also avoid pop health claims and “truths,” which only seem to change with the times. Finally, we will strive to be practical. That said, let us dart into the fray, so to speak.

A perfect segue into the matters of accidental deaths and teen suicide. After all, the hit song “How to Save a Life,” by The Fray (2006), as least as is implied in the videos, touches on both of those issues. Interestingly, a car crash was featured in one video, and for many years, auto accidents were the leading accidental cause of death. But now, according to the National Safety Council, poisonings—most often drug overdoses—are now number one.

The opioid crisis is complex, and users are now more likely to be chronic pain sufferers—who themselves are often victims of accidents. Limiting prescriptions for legitimate pain sufferers is hardly a wise course, since these patients will only suffer more, or resort to heroin, which—in pharmaceutical grade—is a decent pain med. Only that grade is not sold on the streets. We can save more than 50,000 lives per year by dealing with this crisis.

Suicide is the third leading cause of death for youth between the ages of 10 and 24, and results in approximately 4,600 lives lost each year. Each year 44,965 Americans die by suicide. For every suicide, 25 attempt the act. Warning signs are often missed, and those at risk may not seek treatment. Surely, we can do a much better job to prevent (as it is grimly put) this permanent solution to a temporary problem.

Moving on to disease, the five top killers are: Heart disease, cancers, chronic lower respiratory diseases, stroke, and Alzheimer’s. As to prevention, and thus saving a number of lives, we can say with some confidence that not smoking, not being obese, and controlling high blood pressure are reasonably well-founded bits of advice. As we have discussed in other articles, certain so-called risk factors, such as dietary saturated fat and sodium are contentious at best. For those keeping score at home, recent studies indicate that about 25% of the variation in human longevity is due to genetic factors.

Within healthcare settings, healthcare-associated infections, virtually all of which can be prevented, are a serious issue. Data published in 2014 estimated that 722,000 such infections occurred in US acute care hospitals, resulting in around 75,000 deaths. More than half of all HAIs occurred outside of the intensive care unit.

Finally, there is the matter of better training. Our friends at non-profit National Health Care Provider Solutions, empowered by the Disque Foundation, are offering a free mobile app called MediCode (Android and Apple). The software offers algorithms (aka flow charts) for Basic Life Support; Advanced Cardiac Life Support; Pediatric Advanced Life Support; Cardiopulmonary Resuscitation; and Neonatal Resuscitation Program. Much of the material can also be used by non-professionals.

“MediCode is a well-organized, polished and easy to use health care professional’s app that walks you through algorithms, practice tests, and Megacodes on ACLS, BLS, PALS, NRP and CPR. It was created so that physicians, paramedics, nurses, and everyone can save a life. By making the medical app easily accessible, from the palm of your hand and for free, the Save a Life Initiative—in partnership with National Health Care Provider Solutions—is able to expand their mission of empowering one million people to save a life by 2020. It’s a quick and convenient way to start equipping yourself with knowledge that can save lives.”