You Say You Want To Live For A Long Time?

You Say You Want To Live For A Long Time? 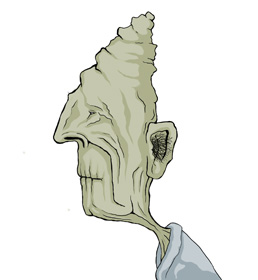 While there have been scores of more recent claims of long life—including Li Ching-Yuen (256 years), and Shirali Muslimov (168 years)—the most thoroughly documented and undisputed oldest person in history was Jeanne Calment (122 years), who died in 1997. Calment lived on her own until she was 110, and smoked until she was 117—only quitting because she could not see well enough to light the cigarettes at that point.

Jeanne Calment attributed her longevity to olive oil poured onto all of her food, and used on her skin, as well as the consumption of port wine and plenty of chocolate.

Muslimov’s age claims appeared at about the same time in the 1970s when Dannon Yogurt ran commercials featuring centenarians in the Soviet republic of Georgia, in which an 89-year-old man eats his yogurt, as his mother watches and approves. Although the Caucasus region does boast many old people, no reasonable documentation ever appeared to support the claim of 168 years.

Is aging inevitable? After all, even Mme. Calment looked old toward the end of her life, and most older people who work out and generally take great care of themselves seldom look more than ten years younger than their chronological age.

What is aging, anyway? Many in the growing field of anti-aging medicine consider it to be a disease process. As one authority puts it, “Aging is a conglomerate of diseases caused by a lifetime of environmental assaults to the cells leading to a slow deterioration of the body and culminating in multiple breakdowns of bodily functions.”

Five principal theories of aging have been proposed: Free radical damage theory, the hormonal theory, the telomere theory, the genetic control theory, and the wear and tear theory.

In the first theory, free radicals have a cumulative effect of cell damage, and given enough time, sufficient damage occurs to end life. This effect is related to wear and tear, although wear and tear emphasizes the effects of unhealthy food and environmental toxins, along with stress. Antioxidants have become popular in fighting free radicals, with diet improvement, nutritional supplements, and stress reduction techniques employed to combat wear and tear.

The hormonal theory looks at chronological “pauses” in how hormones are deployed as we get older. Proponents refer to menopause and the so-called male andropause. Abnormalities such as hypothyroidism and a pause in the pituitary gland resulting in a deficiency of growth hormone are also cited. The focus is on the hypothalamus gland, as a regulator of hormone function, and thus the aging process.

A telomere is a region of repetitive DNA at the end of chromosomes, which protects the ends of the chromosome from fusing with each other or rearranging. Since such chromosomal defects can lead to cancer, cells will normally die when the telomeres are consumed. Perhaps this mechanism is a trade-off between aging and cancer. Manipulation of the telomeres to increase cell life has been demonstrated, but practicality might take years to implement.

The genetic control theory simply notes that our potential lifespan is determined by our genes. Some proponents have modified this to a ratio of 30% genetic and 70% lifestyle.

Thousands of books and articles have been written on how to slow down the aging process, with many focusing on the habits of cultures that seem to produce a disproportionate number of people over 100. Author Sally Beare studied five longevity hotspots, and examined how these folks live in her book 50 Secrets of the World’s Longest Living People.

Calling to mind the many grim-faced fitness fanatics I see at the health club, who seem to garner no enjoyment from their routine, I would only add: Don’t stress out about staying healthy and youthful!