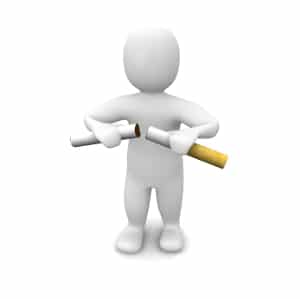 In a perfect world, it wouldn’t be necessary for me to begin this article by affirming that I am not a supporter of smoking, nor am I a paid shill of the tobacco industry. But in our real world—in which a goodly amount of scientific research grant money is awarded on the basis of sensationalized fearmongering results—those who question the validity of such results are often attacked.

“Kill the messenger” is hardly a new phenomenon, having been recorded as early as 442 BC in the play Antigone by Sophocles.

That said, let’s proceed to the matter at hand: The overblown (sorry, couldn’t resist) dangers of secondhand smoke. We’ll start off with the latest findings, as presented at the June, 2013 meeting of the American Society of Clinical Oncology:

These conclusions were reached based on an analysis of data derived from the Women’s Health Initiative Observational Study—a prospective cohort study conducted at 40 US centers, from 1993-1998. Initially, there were 93,676 participants, aged 50-79. The final analytic cohort consisted of 76,304 women.

Our friends at the American Council on Science and Health published this reaction to the study by epidemiologist Dr. Geoffrey Kabat of the Albert Einstein College of Medicine:

This does not really come as a surprise to those who are familiar with the epidemiologic evidence regarding exposure to passive smoking and risk of lung cancer. In fact, the association is weak and inconsistent. The largest U.S. prospective studies, the American Cancer Society’s (ACS) Cancer Prevention Studies (CPS I and II) show either no association or an inconsistent association, respectively.

The [study] makes the important point that we should not overstate the weak and uncertain association with passive smoking, and should be looking for other, larger risk factors for lung cancer occurring in never smokers. [T]he only thing that’s surprising is that this news comes as a surprise to many people.

But wait! Haven’t we been hearing for years that secondhand smoke causes all kinds of diseases, including lung cancer? According to the American Lung Association, “Secondhand smoke causes approximately 3,400 deaths from lung cancer and 22,700 to 69,600 deaths from heart disease each year.” For their source, they cite a June, 2005 report from the California Environmental Protection Agency on environmental tobacco smoke.

Your clue to data fudging is “approximately.” There are no hard statistics on the number of deaths caused by secondhand smoke. Inasmuch as the very cause of death on death certificates has been estimated to be wrong 30-50% of the time, and no one has ever written “secondhand smoke” as a cause, how could there be? Instead, the California numbers are simply estimates, based on someone’s model, and nothing more.

The Lung Association also references an article from The Lancet, published in July, 2005 entitled “The whole truth and nothing but the truth? The research that Philip Morris did not want you to see.” The gist is that the industry knew that tobacco smoke was toxic, but suppressed this from the public. Furthermore, secondhand smoke—called “sidestream smoke” in the report—was studied by the industry in great detail. The experimental work was performed by the Institut für Industrielle und Biologische Forschung GmbH (INBIFO), based in Cologne, Germany, and later purchased by Philip Morris.

It is worth noting that all the data cited in the Lancet article was based on rat studies. I’ll go out on a limb here and speculate that the ambient exposure of these rats to sidestream smoke was far higher than any imaginable worst case scenario for a real life human environment. Support for this contention is established by this amazing quote from the article:

The documentary evidence suggests that INBIFO maintained two quite distinct profiles. One, revealed in its internal reports, appears to have involved a very large programme of inhalation studies, some of which, as long ago as 1982, showed that sidestream smoke was more toxic than mainstream smoke [inhaled by the smoker himself], a key finding that could have informed the debate about passive smoking.

Science at its best, no doubt. However, this is all in keeping with what we might call “Surrealistic Science.” Another current example is the outrageous disconnect whereby the role of cholesterol in cardiovascular disease has been officially downplayed, yet statin drugs—approved for the sole purpose of lowering cholesterol—must still be taken with even greater alacrity.

Perhaps, RJ Rushdoony was onto something when he said that “The purposes of modern science are increasingly those of magic, the exercise of total control. The essential goal of modern science is knowledge in order to have prediction, planning and control.”