Shedding Some Light On The Light Bulb Ban

Shedding Some Light On The Light Bulb Ban 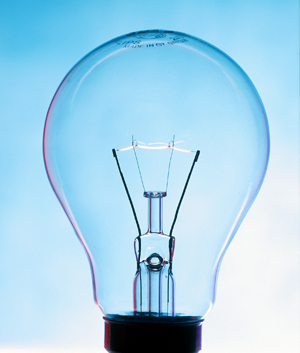 Beware the nexus of science and politics. While successes such as the space program can occur, the usual results can be tragic, such as the banning of DDT, or merely impractical, such as low-flow showers and lower flush volume toilets. The latest incarnation promises to put us somewhere in the middle…

Taking a page from their overzealous friends in the European Union and Australia, Congress will soon be voting to phase out conventional incandescent light bulbs, over the next ten years.

From a superficial point of view—and politics rarely ventures beyond the superficial—this does seem like a good idea. After all, conventional light bulbs are quite energy inefficient, creating about 20 times more heat than light, and they have a relatively short life—typically 500-2000 hours. Based on this alone, it would seem that a wholesale changeover to compact fluorescent lamps, or CFLs, would save large amounts of energy and make us all feel more Green.

However, there is more to the story.

For the greatest conservation of energy and the minimization of air pollution, the peak load of electricity production must be controlled. In this way, the most modern generation capacity is being utilized in the most efficient way. Absent peak load shaving, less efficient and higher polluting older facilities cannot be fully retired.

Peak load, though, occurs during the day, and, as you may have noticed, household light bulbs are used mostly at night. Thus, the change to CFLs would have little if any effect. Bear in mind that most commercial and industrial applications rely on other than incandescent lighting, and have so, for years.

There are many other issues with CFLs…

We have all seen the long lives touted for CFLs. However, for these to be achieved, they must not be subject to the typical household on/off cycles. If they are, their life is drastically shortened. But, paradoxically, if they ARE kept on all the time—in an application that would not otherwise require this—their energy consumption advantage is effectively wiped out.

CFLs are far more complex to manufacture than incandescents, and more energy is expended in the process. Unlike incandescents, CFLs contain toxic mercury vapor, and pose disposal and recycling problems.

Another problem with CFLs that you won’t hear much about is the power factor. The power factor of an AC electric power system is defined as the ratio of the real power to the apparent power, and is a number between 0 and 1. Real power is the capacity of the circuit for performing work in a particular time. Apparent power is the product of the current and voltage of the circuit.

Low power factor loads increase losses in a power distribution system and result in increased energy costs. The power factor for an incandescent bulb is 1, but for CFLs is only 0.52. What this means is that even though you would only be charged for the power used by the CFL, the power company must deliver more power to the grid, using more fuel, and creating more environmental damage. In certain cases, the power factor effect of multiple CFLs can overtax the wiring.

Power factor corrected CFLs are available, at higher cost, and with the environmental consequences of a more electronics to eventually dispose of.

Beyond the technical issues, and noting the cost of the devices, most of which are presently manufactured in China, that would have to ramp up energy production to meet increased demand, one critic calls the incandescent banning proposal “A tax on poor people in the US so the Chinese can add more coal fired power plants.”

Here’s what I recommend the government do, rather than an outright ban:

In other words, heighten the common sense and dim out the ill-conceived nanny state regulations, for a brighter future.