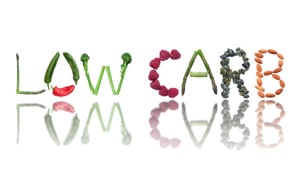 Many folks put weight loss at the top of their New Year’s resolutions. As such, a goodly number of people have been eagerly awaiting the 2015 Dietary Guidelines—as issued by HHS and USDA. This work is updated every five years, and as you might suspect, is subject to unrelenting political pressure from dozens of lobbying groups and other government agencies. I guess the politics were especially intense this time around, since as of this writing, the Guidelines have not yet been issued.

Reduced to pure thermodynamics, if you consume fewer calories than you expend, you will lose weight. Yet, there are many (Diane Kress believes it is more than 65 percent of adults) with metabolic syndrome who show depressingly slow progress under such a regimen. The prime driver of metabolic syndrome is the tendency to over-secrete insulin, which causes a host of problems, including weight gain. As Kress describes it:

“Excess insulin causes your blood sugar to drop too low AND makes you fat! The resultant lower than normal blood glucose causes the brain to signal you to find and eat more carbohydrate. You get hungry, crave carbs, and feel weak, a little dizzy, unfocused, and you need to eat right away. If you do eat carbohydrates to answer the brain’s plea, excess insulin releases, excess blood glucose stores as fat, and resultant low blood sugar happens all over again. You are in a vicious cycle.”

Great. That’s why after listening to the low fat/high carb “experts” for 50 years—who presided over an unprecedented rise in obesity and type 2 diabetes—legions of frustrated dieters have turned to low carb. But, what about the science?

What about the science, indeed. The literature is chock full of dubious studies. For one thing, no official definition of “low carb” or “low fat” even exists. One could refer to the FDA’s “Nutrition Facts” labeling…

Another problem with diet studies is that far too many are based on questionnaires, whereby participants must recall meal details—and report them truthfully. In so-called controlled feeding studies, such as the Sacks paper, the time frames are extremely brief, with a disturbingly small number of participants.

Virtually every year, dueling studies are published, touting low fat or low carb, but how much can that mean, if there is not even agreement on the terms, themselves? So, be wary of large meta studies that attempt to reconcile decades worth of research, in that the individual studies are far from flawless.

And don’t expect too many definitive statements, either. Certainly, low carb proponents enjoyed this conclusion from a recently published large study entitled “Effect of low-fat diet interventions versus other diet interventions on long-term weight change in adults: a systematic review and meta-analysis”:

“Despite the pervasive dogma that one needs to cut fat from their diet in order to lose weight, the existing scientific evidence does not support low-fat diets over other dietary interventions for long-term weight loss.”

But, this was tempered with the most weaselly disclaimer imaginable…

“In fact, we did not find evidence that is particularly supportive of any specific proportion of calories from fat for meaningful long-term weight loss. We need to look beyond the ratios of calories from fat, carbs, and protein to a discussion of healthy eating patterns, whole foods, and portion sizes. Finding new ways to improve diet adherence for the long-term and preventing weight gain in the first place are important strategies for maintaining a healthy weight.”

1.     Your mileage may vary. Thus, you will have to experiment with various diets.

2.     While many people lose weight on low carb diets, some find them hard to maintain. After decades of being told how bad fat is for you, some individuals find higher fat diets difficult to stomach, even if they had once longed for that juicy steak. Likewise, few things match the comforting crunch of carb snacks.

3.     With notable exceptions (and cherish these!), expert advice is so compromised—by politics, greed, and ego—that it is nearly worthless.

4.     Perhaps, your best New Year’s resolution can be expressed in the familiar Latin phrase tuum est—It’s up to you.