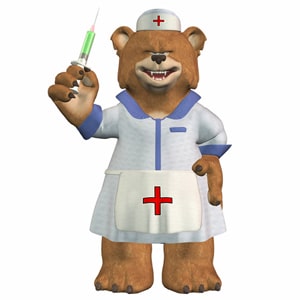 As with so many juicy quotations, the attribution to Winston Churchill of “Never let a good crisis go to waste” is now doubtful. Regardless of whether the credit belongs to Churchill or Rahm Emanuel, no one can deny that the principle is frequently taken to heart. As to Ebola, one of the first to take advantage of the crisis was Francis Collins, director of NIH, who rather absurdly claimed that the agency’s problems in fighting the disease have been hampered by a series of budget cuts.

Straightaway, he was contradicted by Anthony Fauci, head of the National Institute of Allergy and Infectious Diseases. And, the related political ad “Republican cuts kill” was given a four (out of a possible four) “Pinocchio” rating by Washington Post Fact Checker Glenn Kessler. Four Pinocchios means the statement is a “whopper.”

Far be it from me to defend Collins, but his crisis-jumping was a one shot affair. Too bad the same cannot be said of the ongoing Ebola-fueled campaign launched by the National Nurses United (NNU). Why, NNU is so interested in patient care that they…went on strike against Kaiser Permanente in Northern California for two days, because Kaiser “continued to stonewall on dozens of proposals to improve patient care standards, as well as refusing to address the concern of Kaiser RNs about Ebola safety protocols and protective equipment, refusing to even answer questions by the RNs.”

Additional strikes were planned for Washington’s Providence Hospital, and facilities in Augusta, GA; Bar Harbor, ME; Boston, and Chicago.

Not surprisingly, Kaiser had a somewhat different point of view. According to spokesman John Nelson, “We are training our staff on how to use the right protective gear, to make sure they know how to use it. We have repeatedly asked union leadership to work with us on our Ebola strategy. They have refused. Instead, they continue to hold press conferences claiming hospitals are unprepared for Ebola.”

Strangely, NNU did not mention in its multiple press releases that the union’s contract with Kaiser expired in August and was extended until October. So, as noted by columnist Daniel Greenfield, “This is really about leverage in contract negotiations while using Ebola to scare people.”

Greenfield also counts up some other NNU activities: It fought to allow schools to bill children for services provided to them by school RNs, and moved to prevent community colleges from teaching nursing, or to allow athletic trainers to work with patients. For sure, it’s all about the welfare of the patients. NNU bolsters its Leftist bona fides by supporting a ban on fracking, and being in favor of the truly delusional Robin Hood Tax.

Interestingly, unlike nearly all other unions, NNU was not in favor of Obamacare. Rather, betraying an agenda more radical than its peers, they wanted to jump directly to single payer. Think about that one for a moment. No one in a generation has argued that single payer leads to better patient care. Lower costs…maybe. Is there any doubt that the real goal is to create a gigantic public employee’s nurses’ union?

As if to prove the notion that “Even a broken clock is right twice a day,” NNU did come out against the insane rush toward electronic health records. But, if you read between the lines, their opposition was not so much about the myriad of problems with EHRs. No, it was really that NNU resented hospitals spending billions on EHRs, and not on their members.

Getting back to infection control, we are forced to take NNU’s concern about Ebola with a few grains of salt, in that they are opposed to mandatory flu vaccinations for their members. Apparently, the thankfully rare Ebola is a crisis. Herd immunity to the ubiquitous influenza virus in a hospital, populated with immunocompromised patients, not so much.

Meanwhile, hospitals are moving as quickly as possible to comply with the rapidly changing CDC guidelines. And, they are doing this with virtually no new funding—although it is being requested. Consider the case of Bellevue Hospital Center in New York, where Dr. Craig Spencer of Doctors Without Borders was being treated for Ebola. Each day, several 55-gallon drums of Ebola-related medical waste were being produced, costing an astonishing $100,000 per day, for proper disposal.

While there were missteps in Texas with the tragic case of Thomas Eric Duncan, fear of Ebola has over-hyped the characterization of the U.S. health systems—both at the national (CDC) and local (hospital) levels—as being unprepared and ill-equipped to manage Ebola. It is long past time to rely on factual, science-based findings to deal with Ebola, as well as any other health crisis that may arise.

What is definitely not needed is a fear-driven campaign, cynically created to advance greedy special interests.