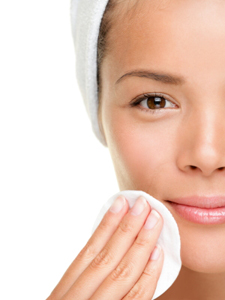 Given this phrase, most people will identify it as part of the famous saying “Beauty is only skin deep,” attributed to Sir Thomas Overbury (1613). Arguably, the proverb is much older than that, paraphrased in the Old Testament (1 Samuel 16:7). More recently, Skin Deep was the title of a breakthrough book, by psychologist Ted Grossbart and medical writer Carl Sherman—first published in 1986.

Skin Deep was one of the earliest works to connect the emotional turmoil going on within a person to the various skin eruptions that could appear on the surface. As Grossbart noted in the book’s introduction: “Just as stress makes your heart beat faster and your blood pressure rise (and may eventually give you a heart attack), fear can make your skin turn pale, embarrassment can make you blush, and emotional conflicts, anxieties, and other stresses can trigger or aggravate skin disease.”

Grossbart’s interest in the emotion/skin connection resulted from a case that occurred while he was a graduate student. One of his professors described the case of a man hospitalized with severe eczema, a condition being “beyond the help of conventional dermatology.” The prof decided to hypnotize the patient, asking him to imagine himself floating in a pool of soothing oil. As the story concludes…”Like a leper in the Bible, the man had risen from his bed a day later, his skin clear.”

Then there is the matter of whether your itching is medical or psychological—a question that Grossbart believes is fruitless. Try reading an article on itching without feeling the sensation yourself. As Grossbart states…

All itching is ultimately psychological. However intense, regardless of origin, itching is not a disease but an experience; it has no physical reality that even the most diligent of scientists can find. Using negative hypnosis techniques, researchers have produced itching in a healthy arm that had been fully anesthetized—that was unable to physically feel anything.

Japanese allergist Hajime Kimata is interested in the effect of laughter on allergic response. One of his studies, published in the February 14, 2001 issue of the Journal of the American Medical Association, is entitled “Effect of Humor on Allergen-Induced Wheal Reactions.”

In this research, he studied 26 patients with atopic dermatitis who were all allergic to dust mites and most of whom were also allergic to cedar pollen and cat dander. The patients did not receive any medication for 72 hours prior to the study. Skin prick tests were taken before and after viewing the Charlie Chaplin movie Modern Times (1936).

The size of the resulting wheals were measured. The wheal responses to dust mite, cedar pollen, and cat dander were significantly reduced after watching Chaplin, and the effect lasted four hours. A similar experiment was run before and after a video of the same length featuring weather information, but this video had no effect on wheal size.

So much for internal processes manifesting themselves on the skin. What about external factors?

A few years ago, a variety of topical fat loss creams and abdominal toning products came on the market. Many of these contain caffeine (usually provided via guarana) and hesperitin, a bioactive flavonoid abundant in citrus fruits (usually provided via bitter orange). These products tend be utilized by dieters and bodybuilders, who wish to improve on Mother Nature or touch-up small areas of their bodies.

The caffeine absorbs through the skin and dehydrates the fluid around fat cells. The fat cells then move closer together, temporarily causing the skin to tighten and look smoother. Hesperitin has been shown to act as an antioxidant, an anti-inflammatory, and exhibits blood lipid and cholesterol lowering proprieties. Hesperitin also promotes lipolysis, thus diminishing the amount of fat stored in fat cells.

One popular product in this space is Aviator Skin and Hair Ab-duction Abdominal Toning Cream. I recently spoke with company founder Jeffrey Bolter. Bolter is careful to temper outlandish expectations for Ab-duction: “I’m not trying to say that this is any sort of ‘fat-burning miracle cream’. Rather, it will give you that little extra edge.”

Bolter does have a couple of other products, including a sunblock and post shave treatment. But he says: “The ab cream is what I’m focusing on. In the future we’re basically looking at introducing more innovative products that the big players don’t seem to be putting out.”

Finally, in anticipation of the e-mails that might result from the title of this piece, and our obsession with physical beauty, I’ll give Dorothy Parker the last word: “Beauty is only skin deep, but ugly goes clean to the bone.”