To Sleep: Perchance To Dream

To Sleep:  Perchance To Dream 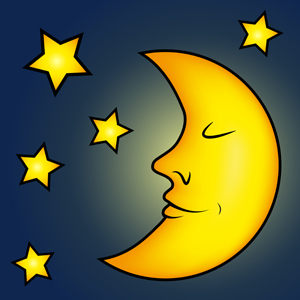 Difficult to precisely define, sleep can be thought of as a normal, reversible, recurrent state of reduced responsiveness to external stimulation—accompanied by complex and predictable changes in physiology. Among these are changes in brain wave activity, a lowering of body temperature, a slowing of heart rate and breathing, and a decrease in blood pressure.

The level of cortisol—and certain other stress hormones—drops during sleep, and rises in anticipation of your normal waking hour. Thomas E. Scammell MD, Professor of Neurology at Harvard Medical School, describes an interesting study in which subjects, whose cortisol levels were being continuously monitored, were warned that they will be awakened the next morning earlier than their normal time. Even though they were not awakened at that time, their cortisol levels rose in anticipation of the earlier hour. Scammell concludes that they “geared themselves up for the coming stresses of the day.”

Greek mythology regarding sleep is fanciful, to say the least. Hypnos was the god of sleep, whose father and mother were Erebus, the deity of Darkness; and Nyx, the deity of the Night. Depending on the source, Hypnos either lived in Hades the underworld, or in a mysterious cave below a Greek island. He was married to Pasithea, the deity of hallucinations (or relaxation), and their four sons were the deities of dreams—each one assigned to a particular type of dream.

Before you laugh that off, our current understanding of dreams is not a whole lot more advanced. It wasn’t until 1953 when researchers discovered that the Rapid Eye Movement (REM) phase of sleep was usually connected with dreaming. Later work would indicate that highly visual dreams tend to occur during REM, while other forms such as night terrors occur during non-REM sleep.

But, why do we dream? Explanations range from them being a replay of the day’s events, as these items are committed to memory; to them being nothing more than the result of random brain activity.

In 2002, a top dream researcher, psychiatrist J. Allan Hobson, took on Freud’s theories in his book Dreaming: An Introduction to the Science of Sleep, following-up that one with Dream Life: An Experimental Memoir, published in 2011. In the later work he posits the theory of “protoconsciousness,” whereby dreams become an innate practice simulation for life when awake, preparing the dreamer for difficult situations that they might encounter. As such, dreaming is a survival mechanism.

Theories abound on the purpose of sleep, with most at least agreeing on its restorative aspects (detailed in so-called functional theories of sleep). One school proposes that non-REM sleep might be a state of bodily repair, while REM sleep is a time of brain repair, including assimilation of memories.

There are many who have trouble getting proper sleep. Indeed, insomnia is said to be the second most common medical complaint (pain being the most common). According to the Mayo Clinic:

Insomnia is a disorder that can make it hard to fall asleep, hard to stay asleep, or both. With insomnia, you usually awaken feeling unrefreshed, which takes a toll on your ability to function during the day. Insomnia can sap not only your energy level and mood but also your health, work performance, and quality of life.

Risk factors—for what they’re worth, since they encompass much of the population—include:

Given the extent of this problem, there is no shortage of remedies available, pharmaceutical and otherwise. Friends of this column, Dr. Jean-Jacques Dugoua and Master Yaw-Yau Peter Lee offer their tips in the links.

“The conventional approach in treating modern day sleep problems, from both a medical and alternative medical standpoint, has been how to sedate people to get them to sleep. However the most up-to-date research on sleep problems shows that knocking people out with drugs, or using plant medicines that are supposed to induce sleep, misses the problem altogether. The primary cause behind most modern day sleep problems is called an upside down cortisol rhythm.”

“People are using drugs and sleep aids to try and fall asleep when the real problem is that cortisol is keeping them awake! SomniSure is the only sleep aid available that helps to lower your cortisol levels, while simultaneously calming your brain and inducing sleep.”

As to Hamlet’s quote in the title, he wonders what sorts of dreams may come even in the “sleep” of death, and that’s a fair question, I guess. But, for those of us still on this mortal coil, as he put it, a good night’s sleep seems just a bit more relevant.