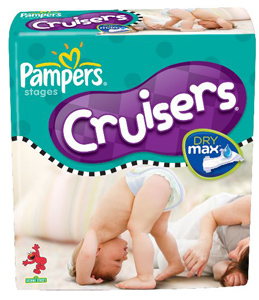 Back in the day, there were barriers in place that allowed only the information mandarin class to take advantage of the tools of mass communication. Some of us can still remember the era of three television networks, and the well-controlled access for getting your story into daily newspapers.

Distribution of press releases was a slow and arduous process, and communicating with your sales reps either involved lots of mail, or an expensive sales meeting.

Most would agree that today’s Internet-fueled media environment has become the great equalizer: No matter how big you are, your website can only be viewed one page at a time. While a large search engine advertising budget might give you more “eyes” than the little guy, if he builds a better website than you, and gets a higher natural ranking, he can still outdraw you.

However, all this equality has a price. Nowadays, anyone with an opinion and a big enough attitude can get plenty of buzz. Paradoxically, the more bizarre the contention, the quicker the misinformation can spread.

Which brings us to the latest destructive bit of nonsense—the absurd attacks on Pampers Dry Max diapers.

According to Jodi Allen, a vice president at Procter & Gamble (P&G)—the manufacturer of Pampers:

Pampers has been a subject of growing but completely false rumors fueled by social media that its new Dry Max diaper causes rashes and other skin irritations. These rumors are being perpetuated by a small number of parents, some of whom are unhappy that we replaced our older Cruisers and Swaddlers products while others support competitive products and the use of cloth diapers.

The social media in this case is primarily Facebook. A fan page devoted to this issue was started a few weeks ago, and grew fairly rapidly, although its numbers are but a minuscule fraction of actual Pampers users. Moreover, a certain number of these “fans” likely have no interest in diapers at all, but may just enjoy being on a forum that bashes a big corporation.

Facebook itself has been under attack from a variety of sources, who question its commitment to (or even caring at all) about privacy.

Video blogger, videographer, and entertainer Loren Feldman, of 1938media.com, is no fan of Facebook either. Beyond the privacy concerns, he sees that a know-nothing mob mentality is being enabled. Or, as he put it, “This creates the hazard of hundreds of people yelling ‘Fire’ in a crowded theater.”

OK, but what about the diapers?

P&G notes that there have been in excess of two billion diaper changes using the new product, with only a handful of rash complaints, none of which were shown to be caused by the type of materials in its product. To get specific, the company has logged fewer than two complaints about diaper rash for every one million diapers sold, which is average for its business and does not deviate from the number of calls the company received prior to the introduction of Dry Max.

Ms. Allen adds that “The majority of our consumers are telling us that they prefer the Dry Max product over the ones it replaced because it is 20 percent thinner than before.” This smaller profile means less space is taken up in landfills.

P&G maintains that the materials used in the new diaper are not new. Indeed, they are the same type used in its previous diaper products, and do not and cannot cause so-called “chemical burns” or other serious skin conditions.

Parents should bear in mind that diaper rash is very common, and sometimes severe, regardless of the diaper used. As it is, the overall incidence of diaper rash has dropped by more than 50 percent since the advent of disposable diapers, in that wetness is drawn away from the baby’s skin.

I am concerned that a small group of online Facebook activists appear to be spreading sensational accusations and making unsubstantiated claims connecting a new diaper product to severe diaper rash. Using nonfactual and scary terms like “chemical burns” that lead to emotional reactions, and based only on a relatively small number of personal experiences and no scientific data, the group appears to be creating an urban legend that has led some mainstream media to unfairly question the safety of the new Pampers Dry Max diapers.

From a public health standpoint, parents need to know that the diapers are safe, they have been extensively tested, and that the millions of babies who have already used the over 2.2 billion Pampers diapers sold to date with the new technology do not appear to be experiencing any increase in the number, types, or severity of diaper rashes.

Parents are advised to seek guidance from real medical sources, and avoid the rumor-mongers. Calumny via social media might be high tech, but is is still calumny.