For That Special Lady: A Year-Round Valentine Of Better Heart Health

For That Special Lady:  A Year-Round Valentine Of Better Heart Health 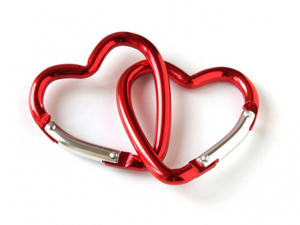 Although the martyrology of the Catholic Church mentions at least three different Saint Valentines, it is the legendary story that catches our romantic fancy.

During Valentine’s priesthood, the emperor Claudius II began calling for all the able-bodied men to go into battle with him, but many of the Romans were unwilling to sign up. The married men did not want to leave their families, and the younger men did not wish to leave their sweethearts. Ever the politician, Claudius figured that he could abolish love by decree. He ordered that no marriages should be celebrated and that all engagements must be broken off immediately.

Valentine didn’t buy into this, and started to perform secret marriages, soon gaining a reputation as a friend of lovers and sweethearts in every district of Rome. Not surprisingly, Valentine ended up in prison, but continued preaching even while incarcerated.

But, did you know that there was a health care aspect to the story—a women’s health aspect to be precise?

Asterius, one of Valentine’s jailers, had adopted a blind girl many years earlier. Asterius asked Valentine if his God could help his blind daughter. Valentine prayed for her, and her sight was restored.

The Valentine legend dates from the third century, but, sadly, improvements in women’s health care are a relatively recent phenomenon. Childbirth, especially, was viewed with dread. During the seventeenth and eighteenth centuries, 1.5 percent of all births ended in the mother’s death as a result of exhaustion, dehydration, infection, hemorrhage, or convulsions.

Inasmuch as the typical mother during that era gave birth to between five and eight children, her lifetime chances of dying in childbirth ran as high as one in eight. For the longest time, all males—including doctors—were banned from the birthing process, and as recently as 1900, maternal mortality was about 65 times higher than it is today, and not much lower than it had been in the mid-nineteenth century.

Moreover, even after women’s health issues got the attention they deserved, the focus has mostly been on uniquely female matters. Combine that with the outmoded notion that “women don’t get heart attacks,” and the biggest killer of women fades into the background. Indeed, at this point, around the same number of women and men die each year of heart disease in the United States.

The American Heart Association (AHA) estimates that nearly twice as many women die of heart attacks, strokes, and other cardiovascular diseases as from all forms of cancer, including breast cancer. The AHA also predicts 365,000 women will have a heart attack this year—and for many women, that heart attack will be fatal. The AHA maintains an informative website just for the ladies: Go Red For Women

So gentlemen, what heart advice should you give your sweetheart, along with your Valentine’s Day gift?

As always, prevention is the best medicine. The Division for Heart Disease and Stroke Prevention of the CDC notes that nine out of 10 heart disease patients have at least one risk factor. Do any of these apply to your valentine?

Most, if not all of these risk factors can be improved by lifestyle changes, but lifestyle changes require support, and that’s where you come in. True, this means more than a box of candy on February 14th. In fact, it means being there for her all year long. Guys, she is worth it.

When pharmaceutical help is indicated, statins (cholesterol-lowering drugs) such as Crestor, are now a front-line means of helping men and women deal with the risk of heart attack, stroke, and unstable angina. As this applies to women, recent findings on Crestor suggest a reduction in cardiovascular events by 46% in women who are at an increased risk of experiencing some or all of the aforementioned symptoms.

A vast amount of information about heart disease and its prevention is available online. Check it out!

Let this be the year that Valentine’s Day—a holiday that is symbolized by a heart—becomes the start of improved cardiovascular health for you and your valentine.