Springtime for HIT: Electronic Health Records In the News 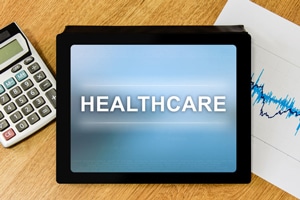 Springtime for HIT: Electronic Health Records In the News

With apologies to Mel Brooks, we examine, once again, the 500 pound gorilla within healthcare information technology—electronic health records (EHRs). Ten weeks ago, we discussed EHRs within the context of Medicare reimbursement penalties—applicable to providers who are not “meaningful users” of EHRs—starting in 2015.

There were plenty of facts and figures in that piece, but this pretty much sums it up: Despite the government’s bribe of nearly $27 billion to digitize patient records, nearly 70% of physicians say EHR systems have not been worth it.

That EHRs are vastly unpopular with the people who actually use them is not news, so now begins the full court press of the fanboys and healthcare mandarins. Since Minnesota prides itself on “leading the nation in adoption of HIT,” who better to lead the charge than the state’s Commissioner of Health, Dr. Edward Ehlinger?

As only a combination EHR fanboy and healthcare mandarin could, Ehlinger tries to disarm the naysayers in a piece entitled “Electronic health records advance quality care for all Minnesotans,” published recently in MinnPost. Even the most casual reader, though, will notice that Ehlinger’s article does not offer a single word in support of its title. Rather, he merely repeats his premise in slightly different words; presents statistics with no references cited; makes unsubstantiated sweeping statements; propounds disingenuous arguments; and advances fallacious dismissal of “myths” held by the Doubters.

Here are a few examples:

“Secure electronic health records help achieve both goals [improved health and providing the best possible care] by enhancing the safety, effectiveness, and efficiency of our health care system.” This sentence is not only a silly platitude, it sneaks “secure” into EHR, with no further explanation.

“The benefits of EHRs are not disputed…” Well, I guess they are, or you would not be writing this piece.

“When surveyed, 95 percent of Minnesota’s clinics said EHR technology enhances patient care and 92 percent said EHRs alerted them to potential medication errors.” Ehlinger knows full well that these numbers are in opposition to many other studies, yet offers no citation.

“Myth 3: The government is creating a database of electronic health records. Fact: Not true. Clinical data are in separate private systems belonging to providers, which communicate with each other via encrypted, secure messages, and only with patient consent.” As to no database of EHRs, this is an outrageous lie. There already is a massive database of at least Medicare records, and EHRs have been touted as facilitating the exchange of epidemiological data—to improve public health. Likewise, Ehlinger is surely aware of the security breaches that have occurred with EHRs. Patient consent, when it exists at all, is usually requisite and comprehensive.

“Instead of imposing penalties or fines on doctors and nurses, the law created a collaborative effort to meet its goals.” Spoken like a true political hack. While Minnesota’s 2008 law may not impose penalties, Ehlinger knows full well that the corresponding federal law (HITECH) does exactly that. Besides, many providers would argue that the acquisition and training cost to implement EHRs is penalty enough.

“Congratulations Dr. Ehlinger. With your puff piece…you just flunked my introductory course in Medical Informatics. Kindly refrain from writing on subjects about which your knowledge clearly lags common knowledge in healthcare information technology.”

Silverstein then links to four well-publicized studies of EHRs, including ECRI Institute PSO Deep Dive: Health Information Technology from December, 2012. This study tracked HIT “events,” voluntarily reported from 36 healthcare facilities, over a nine-week period. 171 events were reported, in which eight injuries were sustained, and events could have caused or contributed to three deaths.

If these figures are extrapolated out to a full year, for the 5,686 facilities that meet the American Hospital Association’s criteria for registration as a hospital facility, the results are disturbing: More than 7,000 injuries and 2,000 deaths per year could occur in the US because of HIT misadventures.

Silverstein concludes by asking, “When did you plan on informing the citizens of your state about the risks of bad health IT?”

I suppose Ehlinger could respond by quoting fellow politician Maximilien de Robespierre: “You can’t make an omelet without breaking a few eggs.”