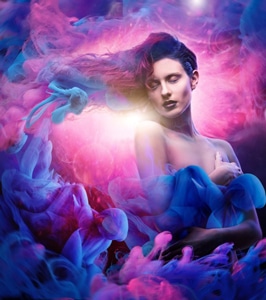 Many readers will recognize this turn of phrase from the Oscar-winning song “It Might As Well Be Spring,” written by Rodgers and Hammerstein. This song was from the film State Fair (1945), a sweet bit of Americana released just days before the official end of World War II. Sung by the heroine Margy Frake (Jeanne Crain), the lyrics express her positive, even naive attitude juxtaposed with her conviction that she deserves something better.

The March, 2016 issue of Health Affairs features an article entitled “Understanding What Makes Americans Dissatisfied With Their Health Care System: An International Comparison.” The researchers compared the determinants of overall health system satisfaction in the United States with those in 17 other high-income countries. They were attempting to explain why public satisfaction with the health care system has been lower in the United States than in other high-income countries, for decades.

As far as I can tell, the researchers did not delve into the matter of conventional versus complementary alternative medicine, even though CAM is used by at least one-third of Americans.

“Changes in insurance that threaten to widen the gaps in access to and perceived quality of care between more and less privileged Americans may serve to increase the number of people who feel that their health care preferences are out of reach.”

However, hiding in plain sight here is the matter of how patients decide what constitutes such “preferred care.” And while we’re at it, given all sorts of real world economic pressures, how accurately can anyone—expert or layman—determine the best care for any given affliction?

Purveyors of the prevailing wisdom claim that it is a “myth” that health care outcomes are too difficult to measure. To prove this, they pick a particular procedure (knee replacements are often used), and then compare certain results and complications across a cohort of hospitals. Contrast this, though, with attempting to measure outcomes on best approaches to preventing coronary heart disease (CHD).

As it happens, CHD prevention via statins is under considerable fire at the moment. A recent article in the Washington Post, entitled “Who should take statins? A vicious debate over cholesterol drugs,” has garnered hundreds of comments, many of which describe debilitating side effects of these meds. Another common theme is that the side effects are by no means as rare or benign as authorities would have you believe. If that weren’t bad enough, there are legions of respected doctors who question the importance of obsessing on cholesterol in the first place; and the demonization of saturated fats is in retreat.

Inasmuch as heart disease is the leading cause of death, shouldn’t rational evaluation of preventive outcomes be mighty important? Bear in mind that statins were created based on the a priori assumption that lowering cholesterol was a good thing, even though a substantial number of CHD victims have normal cholesterol. Could tens of billions in statins revenue have tipped the scales a wee bit?

What about cancer, usually tagged as the second leading cause of death? Why does organized healthcare continue to give short shrift to CAM approaches to this dread disease? This column has touched on alternative therapies. The book Cannabis for the Treatment of Cancer details several inspiring case studies, including documented cures for lung and liver cancer patients.

Pivoting back to State Fair, Margy does find love, and in the process leaves her Iowa farm for the big city. Her vague discontent pays off. And, as we search for better healthcare outcomes, ours can, as well.