Stop The Assault On Salt 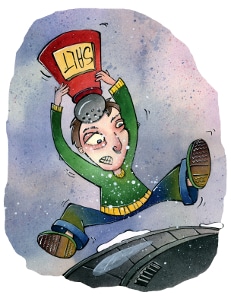 Stop The Assault On Salt

Around six months ago, I posted a column sketching a historical background on the irrational fear of dietary sodium, and the less than great science behind such fears. Current guidelines are 1500 to 2300 milligrams per day, or lower. As was pointed out in the earlier piece, the much recommended super-healthy Mediterranean diet averages 4200 mg of sodium per day. Also mentioned was that a standard hospital saline IV drip logs in at more than 10,000 milligrams per day, and whatever the patient might eat on his own will take it up from there.

We revisit the issue, in the wake of three research articles published recently in the prestigious New England Journal of Medicine.

Two of the articles are part of the Prospective Urban and Rural Epidemiological (PURE) Study. In the first of these, entitled “Association of Urinary Sodium and Potassium Excretion with Blood Pressure,” more than 100,000 adults in 18 countries were examined, covering a cross-section of incomes and lifestyles. A key finding is that only a tiny percentage of participants consumed less than 2300 mg of sodium per day, and that in these individuals, sodium intake is not related to blood pressure–which immediately casts a shadow on the official guidelines.

In the second PURE research article, entitled “Urinary Sodium and Potassium Excretion, Mortality, and Cardiovascular Events,” 101,945 persons in 17 countries were studied. It was concluded that sodium intake between 3000 and 6000 mg per day was associated with a lower risk of death and cardiovascular events than dietary amounts outside of these limits. Note again that this is far above recommended guidelines.

The third research article (Mozaffarian et al.), much championed by low salt devotees, is entitled “Global Sodium Consumption and Death from Cardiovascular Causes.” Before presenting its key finding, bear in mind that less than one percent of the world consumes under 2000 mg of sodium per day. Ready? “In this modeling study, 1.65 million deaths from cardiovascular causes that occurred in 2010 were attributed to sodium consumption above a reference level of 2.0 g [2000 mg] per day.”

Consider, please, how incandescently stupid this is. Within a cohort that encompasses 99% of the world, our intrepid researchers discovered that many people died from cardiovascular causes.

The low salt crowd also tried to obfuscate the findings of the first two articles by raising an arcane and long-settled debate regarding the best method to estimate the sodium intake. However, even if a case could be made for the 24-hour urinary test, as employed in the third article being superior, no one seems to care about the notorious non-repeatability of blood pressure measurements! Reported average reductions in blood pressure, when salt intake is lowered are:

Whether you are normal or hypertensive, I challenge you to obtain successive readings on yourself that repeat within these so-called reduction levels.

Of course, the low salters, led by cardiologist Elliott Antman MD, president of the American Heart Association, are having none of it. “We hold fast to the recommendations that there is a need to reduce sodium intake in the diet,” he said. But, this is the same Elliott Antman who gushed over the ridiculous Mozaffarian study (discussed above), saying the result offered “a sense of the staggering numbers of people who are dying” from excess dietary sodium.

Antman had no credible response to this assertion by Brian Strom, chancellor of Rutgers Biomedical and Health Sciences, and chairman of the Institute of Medicine panel that reported on sodium last year: “There is not a single study, not one, showing [such a] benefit for having a sodium intake of less than 2,300 milligrams.”

You will recall that the first PURE study established an optimal sodium range of 3000-6000 mg per day. Right now, US consumption is around 3400 mg, well-situated at slightly lower than the mid-point of this range. Beware, though, of the word games being played by the low-salters. By their reckoning, anything north of 2300 mg is “high,” even though almost no one abides by this.

Thus, even the bottom of the 3000-6000 range would be “high” for them. Here are some rational definitions:

(About 1% of countries in the world consume this level)

(More than 73% of countries around the world consume this level)

(About 25% of countries consume this level)

As to Dr. Antman and company, take their recommendations with a grain of salt.