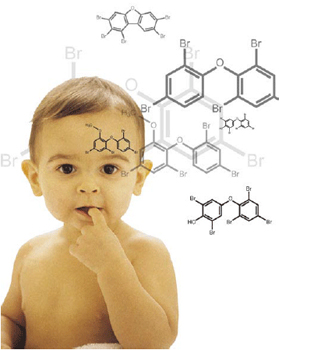 As if weren’t bad enough that the woefully-misnamed Consumer Product Safety Improvement Act has already closed businesses, shut down thrift stores, prevented sales of ATVs to kids, and banned books printed before 1985, the usual suspects still have no sense of proportion, reality, or science.

The latest salvo comes from the so-called Campaign for Safe Cosmetics, an organization founded by—among others—the Environmental Working Group. But, as you will soon see, the campaign does nothing to improve the safety of these products, and is instead yet another shameless attempt to push a political agenda, by scaring parents.

On March 11, the Campaign released its report “No More Toxic Tub: Getting Contaminants Out Of Children’s Bath and Personal Care Products.” The gist of the report is that many trusted baby and children’s products are “contaminated” with formaldehyde, 1,4-dioxane, or both. References are made to the possible health effects of these compounds, but tend to conflate unrelated findings. At any rate, the presence of these compounds in the children’s products is hardly news.

A long list of sources at the end of the document looks impressive until you see that a substantial number of the citations are to themselves, while many others are merely lists of chemicals in cosmetics and their properties. Still others detail toxic properties of the compounds in unrelated situations, such as contact dermatitis. The heart of the report is data obtained by the Campaign from lab studies it commissioned on many popular products, with test results for formaldehyde and 1,4-dioxane.

1,4 dioxane is a byproduct that can form in trace amounts during the manufacturing process for ingredients that help to ensure mildness of products such as shampoo and bubble bath. Manufacturers routinely take necessary steps to reduce its presence to the lowest feasible levels. This compound has been monitored in cosmetic and personal care products by the FDA since the 1970s, and the agency has stated that 1,4 dioxane levels found in their monitoring of these products does not present a hazard to consumers.

FDA maintains a web page on this matter.

Formaldehyde is used as a preservative to prevent the harmful contamination of these products that could occur with bacterial overgrowth. Sophisticated technology allows the amount of available formaldehyde in these products to be very low, but still be enough to prevent bacterial contamination. In practice, formaldehyde is incorporated into the chemical structure of special compounds, and is released as needed—as a function of time, and in some cases, as a function of the amount of oxygen present.

Without preservatives, the bacterial content of the product would be sufficient to cause infection. Cases are recorded whereby contaminated product was introduced into the eye, causing serious infection and blindness.

While there are “natural” as opposed to synthetic means to control bacterial growth, they are not as effective, and not as predictable. Unfortunately, going by the expiration date (usually far shorter on “natural” products) is no guarantee that there has not already been bacterial contamination. Moreover, these short expiration dates force waste, which itself is an environmental issue not touched on in the “Toxic Tub” report.

Both the Cosmetic Ingredients Review Expert Panel, and the European Union’s Cosmetic Directive allow use of formaldehyde in cosmetic and personal care products at a maximum concentration of 2,000 ppm (free formaldehyde).

Notably, the highest formaldehyde concentration detected by the Campaign was 610 ppm, considerably lower than this standard. However, there is more to the story.

The report describes its test methods on page 8, but it reads like something out of a junior high school science lab notebook:

1 to 2 grams of product sample was weighed to the nearest milligram, and placed into a glass vial. 20 milliliters of an aqueous buffer (pH=5 acetic acid) was added volumetrically. The sample vial was sealed with a teflon lined cap, vortexed and then placed on a shaker table for 12 hours. etc.

Conspicuously absent from this description, which goes on for another 180 words or so, is the detailing of any methodology to ensure that only the free formaldehyde is being assayed. Recall that the products in question utilize a release-on-need formaldehyde system. It is very likely, though, that the analytical methods used in this report actually caused the release of all the stored formaldehyde, thus giving a much higher result. In fact, typical free formaldehyde numbers in these products are generally less than 100 ppm.

Analytical Sciences LLC of Petaluma, CA performed the tests, but scant information—and no website—is available on this company, although it was involved in another scare-the-public report entitled “Hidden Hazards of Air Fresheners.” In that 2007 effort, done by the National Resources Defense Council—part of the team that brought you the disastrous Consumer Products Safety Improvement Act—”toxic” phthalates were the culprit.

I have written on phthalates earlier for Health News Digest. Suffice to say that the concern over them is as misplaced as this latest nonsense over formaldehyde and 1,4-dioxane.

Quite simply, the Campaign for Safe Cosmetics is a deeply cynical effort to mislead the public. The activists are well aware that the big companies in this field, being hamstrung by their legal departments, are loathe to confront them face to face. At best, their trade associations can go on the attack, but are then mostly limited to arcane scientific arguments—far less compelling to a public with a seemingly unlimited appetite for bad news, and often a misguided faith in the activists.

It is most disheartening to realize that we have had safe personal products for so long, many have forgotten about the old hazards, and if the activists get their way, we may have to learn about them all over again.