Stopping The Scourge Of Type 2 Diabetes

Stopping The Scourge Of Type 2 Diabetes 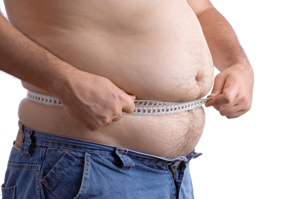 Diabetes, more properly called diabetes mellitus, is a disorder of carbohydrate metabolism characterized by the impaired ability of the body to produce or respond to insulin and thereby maintain proper levels of sugar (glucose) in the blood. Two forms of the disease are identified, referred to as Type 1 and Type 2.

Type 1, formerly called juvenile-onset diabetes, is an autoimmune disorder in which the diabetic person’s immune system creates antibodies that destroy the insulin-producing beta cells of the pancreas. This condition was inevitably fatal until 1922, when Frederick Banting and Charles Best used injectable insulin to save the life of a fourteen-year-old girl at Toronto General Hospital.

In 1923, the Nobel Prize in medicine was awarded to Banting and John James Macleod for the discovery, and this was truly a great moment in science. Banting, upset that Best was not included in the honors, shared half the reward money with him.

However, ten years later, another form of the disease reared its very ugly head. This form, later to be known as Type 2, formerly called non-insulin-dependent diabetes or adult-onset diabetes, did not respond to treatment with insulin. In certain cases, insulin treatment could even prove fatal. Notably, success with these patients early on—in the 1930s and 1940s—was achieved through dietary modification.

Sad to say, many of the early dietary lessons were forgotten, as Type 2 rapidly grew to account for 90-95% of all cases of diabetes, affecting more than 18 million Americans. According to the American Diabetes Association, nearly one-third of people who have Type 2 don’t even know it. If the condition is left uncontrolled, the consequences can be life-threatening.

Here are the important warning signs for Type 2:

The Mayo Clinic identifies the classical risk factors for Type 2:

Being overweight, especially in the upper body In fact, many people suffering from Type 2 can actually improve their blood glucose levels by simply losing weight.

Inactivity The less active you are, the greater your risk. Increasing physical activity can mitigate symptoms.

Family history The risk of Type 2 increases if you have a parent or sibling with the disease.

Age The risk increases as you get older, especially after age 45, but this might just be because people tend to exercise less, lose muscle mass and gain weight as they age. However, with 30-50% of cases of Type 2 appearing in kids aged 9-19, this risk factor may be moot.

Race People of some races are more likely to develop diabetes. This may be due to race-enhanced genetics relating to the so-called thrifty metabolism, helpful in prehistoric times when food was not always plentiful. Now though, a slow thrifty metabolism likely leads to obesity. Blacks, Hispanics, and American Indians have double the rate of Type 2 compared to Caucasians, and among the the Pima Indians of Arizona, incredibly half of all adults have Type 2 diabetes—one of the highest rates in the world.

Depression However, this may simply be because of the inactivity and overeating that can occur with depression.

A study organized by David Nathan, M.D., of Massachusetts General Hospital, found that participants who were randomly assigned to intensive lifestyle intervention reduced their risk of getting Type 2 by 58 percent. On average, this group maintained their physical activity at 30 minutes a day, usually with walking or other moderate-intensity exercise, and lost five to seven percent of their body weight. These excellent results crossed sex, age, and ethnic lines, with those aged 60 and older reducing the development of Type 2 by 71 percent.

As to treatment of Type 2, the smart advice now includes:

Looking at history, it is difficult to avoid concluding that a goodly portion of the Type 2 epidemic closely follows the same timelines as the massive introduction of processed food in the 1930s, the over-reliance on conventional allopathic drug therapy in the 1950s, the proliferation of fast food in the 1960s, the upsurge in video-based sedentary entertainment in the 1970s, and the emergence of convenience food products in the 1980s.

While allopathic medical authorities are loath to use the “cure” word, it is for sure that Type 2 can be prevented and its symptoms greatly alleviated with a healthier lifestyle.

We either take up this challenge, or pay the piper identified by Dr. Gerald Bernstein, a past president of the American Diabetes Association, and an endocrinologist with Beth Israel Medical Center in New York City, who estimates that over the next 25 years, the number of American with diabetes will rise to 50 million, with the treatment cost coming to a staggering $1 trillion every year. Bernstein ran a diabetes center at the hospital.

Ironically, even though Bernstein’s diabetes center was saving lives, it wasn’t making any money, so it was closed in 2000. You see, insurance reimbursements are much higher for acute care than prevention.

A better parable for our upside-down health care system could scarcely be imagined.