Stories From The Health Care Trenches

Stories From The Health Care Trenches 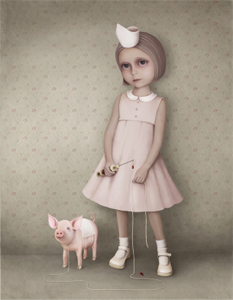 Over the last couple of weeks, this column has discussed big picture issues tied in with health care reform. For a change of pace, I thought I would relate a few tales from the trenches, compiled from various sources—along with some commentary.

Let’s start off with an unnamed first-year surgical resident who is doing a rotation in trauma surgery. Our hero is in the ER, and he knows that to perform a trauma physical exam, the team cuts off the patient’s clothes, and rolls them. Being a first-year, he is stuck with doing the necessary rectal exam.

COMMENT:   Surgery is generally regarded as the toughest residency, and some have likened choosing a career in this field to entering the priesthood, in terms of the lifetime commitment required. Very likely, the resident was sleep-deprived.

About a year ago, stories began to appear that exposed how financial incentives paid to doctors resulted in them moving patients from a particular branded drug to another one—usually, but not always, a generic. Not surprisingly, many of these stories involved statins, and in a widely publicized case, a New England man, Robert Murphy, was switched off Lipitor by his doctor.

Murphy was told that the generic was just as good, and was cheaper. However, the patient was not told that the physician was getting a spiff from the insurer to force the change. As it happens, Murphy had a limited income, so he was getting the Lipitor for free. The patient changed doctors, and got put back on Lipitor.

As a result of this sort of media exposure, the AMA issued a new Code of Conduct stating in part that “Health insurers must not use financial incentives that discourage the…prescribing of…medically necessary care.”

COMMENT:   The AMA guidelines are voluntary, and will probably have little effect. Besides, as we have noted in the past, the AMA is largely responsible for creating an environment in which primary care docs (the main drug prescribers) are under-compensated. I won’t excuse a breach in ethics, but the temptation is surely there for these physicians to enhance their incomes.

At any rate, it is quite ironic that statins are the principal manifestation of this problem, since at best they have only a small effect on heart disease outcomes, and the most pressing issue seems to be how well individual brands are tolerated by the patient. As such, how “ethical” is it for the biggest class in drugs in history to be slavishly promoted and partially paid for by the government and private insurance companies?

Our final trench story describes one way that medical personnel cope with the rigid dress codes imposed on them. Nurses, especially, have been donning colors other than white and even prints for some time. Still, they have to wear their ID badges, and that’s where entrepreneur Kimberly Martinez comes in.

Teaming up with her sister-in-law Lisa Harrington—then a pediatric nurse—the company introduced their BooJee Beads, a line of handcrafted beaded lanyards to hold the omnipresent badges. Kimberly reports that her company sold its one millionth beaded lanyard last summer, and that the line has expanded to include 200 SKUs.

She told me that “We continue to be a mainstay in hospital gift shops and medical uniform stores across North America. Lisa’s background allows us to design to our target customer. We make sure that the products not only look good, they must also be completely functional for the end-user.”

It never hurts to put a little fun and visual appeal into the trenches.