Stress: Yes, It Really Can Kill You

Stress: Yes, It Really Can Kill You 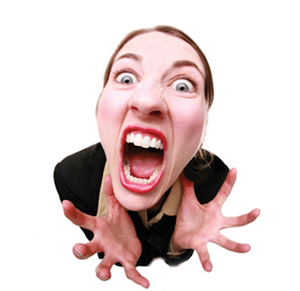 Acute stress is triggered by some immediate source of perceived danger, and activates the fight-or-flight response of the sympathetic nervous system. This response initiates the release of the adrenal hormones epinephrine (adrenaline), norepinephrine, and cortisol.

Chronic stress is triggered by any number of the challenges of modern life. Unfortunately, though, the very same hormones are put into play, and few people doubt that being in this state long-term is damaging to one’s health. Indeed, the so-called “Type A” personality is often a victim of chronic stress.

Traumatic stress is connected with large, usually life-threatening events such as war or natural disaster. While these events are typically of relatively short duration, victims can develop post-traumatic stress disorder. The same hormones, again, are in play.

It is noted that being in a state of chronic stress promotes hyperglycemia and hypertension, both of which can lead to cardiovascular disease. Since norepinephrine is a neurotransmitter, conditions such as mood swings, depression, and anxiety can be promoted. As if that weren’t bad enough, high levels of cortisol have been identified with weight gain—especially the accumulation of abdominal fat.

In light of all this, the response of conventional medicine has been…interesting.

Most sources will acknowledge the dangers of chronic stress in at least a generic manner. Others will go so far as cataloging the possible endpoints by listing the serious illnesses, and many will refer to a variety of techniques to help manage and reduce stress. However, given the potential impact of stress on morbidity and mortality, you would think the topic would get more attention.

Indeed, we hear so often about the “epidemic” of Type 2 diabetes. The standard wisdom is to blame it on obesity, although the case for this is far from convincing given the flagrant exceptions and contradictions—even if many Type 2’s are obese. At best, it is an oversimplification.

Meanwhile, hiding in plain sight—so to speak—is the incontrovertible finding that chronic stress is hyperglycemic. Inasmuch as a mere two fasting plasma glucose readings higher than 125 mg/dL (6.9 mmol/L) will label you as a diabetic for life, shouldn’t stress be considered as a proximate cause?

Certainly it should, with an added dimension. One way to manage stress is to overeat, or consume unhealthful foods. Whether stress begets overeating and the overeating actually causes diabetes doesn’t really matter. The endpoint is Type 2 diabetes. Only, don’t go searching for this line of reasoning at any of the usual websites.

After all, allopathic medicine likes to keep things simple. The emphasis, of course, is on treating symptoms. Etiology is most often considered in textbooks, and such a vague concept as “stress” does not enhance the reputation of the author. Allopaths argue, with some justification, that “stress” is just another word for “idiopathic” (from an obscure or unknown cause). In fairness, though, “genetic” is frequently used in allopathic circles to also mean the same thing, and few complain.

Critics of allopathic medicine—such as John McDougall, MD—will point out that while stress is damaging, it can be invoked as a big excuse for not making the necessary lifestyle changes that could improve one’s health.

“Stress” is a rationalization that often serves victims well. By playing the “stress card” they have relieved themselves of responsibility for their troubles, because stress is unstoppable and elusive, and a normal, acceptable part of life. People think, “If the cause is stress then there is no need for me to change my diet, clean up bad habits and/or exercise.”

So, what’s our takeaway?

Stress reduction must be given more weight in any consideration of building a healthy life. Proponents of diet and exercise should realize that the positive effects of these elements can be diminished, or even reversed, if stress is not also addressed.