Is Strict Allopathy The Only Answer To Mental Illness? 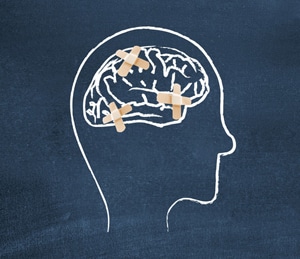 Is Strict Allopathy The Only Answer To Mental Illness?

Conventional allopathic medicine is frequently criticized for focusing on, and treating symptoms, rather than the root causes of disease. Indeed, much pharmaceutical therapy targets a clinical finding deemed “abnormal,” and chemically moves it back into the normal range. If your blood pressure is too high, a pill will lower it. If your heart rate is too high, a pill will lower that, as well. And, much in the news, if your blood sugar is too high, there are also meds to lower that—most of which are endlessly advertised on television.

While there is at least short-term benefit in treating these symptoms, notoriously, drugs have side effects. As such, additional drugs are sometimes prescribed to ward them off, but these secondary meds will have their own side effects, leading to a polypharmacy rabbit hole. In the case of type 2 diabetes, the typically obese patient might be given insulin. Absent lifestyle modifications, insulin will cause further weight gain, resulting in the need for ever more insulin.

Admittedly, root causes cannot always be identified, and treating symptoms is the only possible therapy. The point here is that even the most ardent allopath will acknowledge the limitations of purely symptomatic treatment in physical illnesses. But, what about mental illness?

The search for root causes in mental illness might conjure up images of a patient lying on a psychiatric couch, eventually blaming everything on his miserable childhood. However, such a finding, even if accurate, will be of little therapeutic value. Consider instead a systematic diagnostic approach to assess mental illness, rather than simply addressing acute symptoms with the ever-popular psychoactive drugs.

A few years ago, BMJ Best Practice created its “Best Practice: Assessment of psychosis,” which is continuously updated. Note its introductory comments, under “Step-by-step diagnostic approach”:

The evaluation of the acutely psychotic patient includes a thorough history and physical examination, as well as laboratory tests. Based on the initial findings, further diagnostic tests may be warranted. Organic causes must be considered and excluded before the psychosis is attributed to a primary psychotic disorder.

What follows are 2700 words of elegant detail, divided into these sections…

As to those psychoactive drugs, the BMJ Best Practice work states: “The most common cause of acute psychosis is drug toxicity from recreational, prescription, or OTC drugs.” Implied, if not explicitly declared, is that those “prescription” drugs would include prominent psychoactive meds.

Second thoughts on highly-touted proprietary psychoactive drugs were already emerging before Marcia Angell’s bellwether article appeared in The New York Review of Books (June 23, 2011) entitled “The Epidemic of Mental Illness: Why?” You should definitely check it out, but suffice to say, this review of three books covering psychiatry and psychoactive drugs is not exactly favorable to the practices of the industry.

Perhaps more engrossing is the way Angell (Senior Lecturer in Social Medicine at Harvard Medical School and former Editor in Chief of The New England Journal of Medicine) savages her critics, or the way Big Pharma lobbyists keep attacking her, and always end up looking bad themselves.

Nonetheless, psychoactive substances have been known since dim antiquity. Heck, even little kids seem to enjoy the “high” they get by spinning around until they become dizzy. But, where is the boundary between so-called recreational use of these drugs—legal and otherwise—and the lifelong reliance on them to cope with the vicissitudes of life?

Is there not an analogy between our obese type 2 falling into spiraling insulin dependence, and a stressed office worker/spouse/parent grabbing solace in a pill?