Striking A Blow Against A Killer Disease 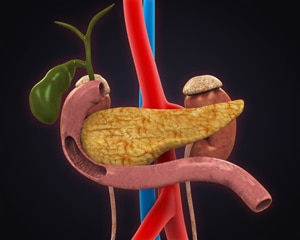 Striking A Blow Against A Killer Disease

While there are any number of killer diseases, few have a more deadly reputation than pancreatic cancer. The Hirshberg Foundation for Pancreatic Cancer Research presents these grim summary statistics and related facts (culled from American Cancer Society data):

Pancreatic cancer has the highest mortality rate of all major cancers. For all stages of pancreatic cancer combined, the one-year relative survival rate is 20%, and the five-year rate is 7%. These low survival rates are attributable to the fact that fewer than 20% of patients’ tumors are confined to the pancreas at the time of diagnosis; in most cases, the malignancy has already progressed to the point where surgical removal is impossible.

In those cases where resection can be performed, the average survival rate is 23 to 36 months. The overall five-year survival rate is about 10%, although this can rise as high as 20% to 35% if the tumor is removed completely and when cancer has not spread to lymph nodes.

Bottom line, pancreatic cancer is most often diagnosed at a late stage, when treatment options are limited, and—to make matters worse—usually proceeds rapidly. As if this were not bad enough, evaluation of treatment efficacy is often subject to delays of weeks or longer. Most methods involve radiological observations of changes to the tumor.

This is depressing stuff. Is there any good news?

As you might expect, there is plenty of ongoing research devoted to this devastating disease. A recently published study examined what the researchers called a “triple therapy,” whereby inhibiting a particular metabolic pathway is combined with a chemotherapy agent. Promising results for both tumor reduction and preventing metastasis were achieved in mice.

Another mouse study examined a nanomedicine approach, in which chemotherapy-carrying nanoparticles (between 1 and 100 nanometers) can optimize delivery of the chemo agent to the tumor. In practice, the nanoparticle plus an iRGD peptide was used to deliver irinotecan in what the researchers call “a robust animal model for pancreatic cancer that closely mimics human disease.”

So much for mice. Let’s turn to humans. What if a biomarker could be used to monitor treatment efficacy and prognosis? The implication is that this would be far more immediate than radiology.

Swedish biotech company Biovica is known for its DiviTum® assay, which determines thymidine kinase activity in a blood sample. It is presently used in to monitor treatment efficacy in breast cancer. Could this same assay work for pancreatic cancer? That question was recently answered with this paper in Pancreas (published ahead of print): “Preoperative Serum Thymidine Kinase Activity as Novel Monitoring, Prognostic, and Predictive Biomarker in Pancreatic Cancer.”

A group comprising 404 pancreatic cancer patients, along with 25 autoimmune pancreatitis patients, and 83 healthy volunteers was analyzed. The results look quite promising. According to lead author Klaus Felix of the University of Heidelberg…

“The results provide evidence for using DiviTum to give accurate prognosis and guidance regarding therapy efficacy in patients with pancreatic tumors. Our study is the first to demonstrate that a blood based marker like DiviTum can give important prognostic information to clinicians treating pancreatic cancer and become a tool for early evaluation of neoadjuvant therapy efficacy and treatment options.”

May such progress continue, as science confronts this crushing illness.