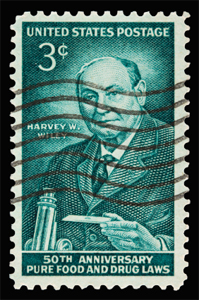 As Americans, we can be justifiably proud of our biopharmaceutical industry. In the past ten years, more than 300 new medicines were approved by the Food and Drug Administration. Moreover, biopharmaceuticals is recognized as a dynamic and innovative business sector employing more than 674,000 people, and powering economic output and exports for the U.S. economy.

But then, we also like to complain about drug side effects. There are thousands of websites devoted to this topic, and, yes, some of them are run by plaintiff’s attorneys. The FDA has long maintained its Adverse Event Reporting System (AERS), which contains over four million reports of adverse events and reflects data from 1969 to the present. Users of the drugs and their physicians are encouraged to submit reports, and drug/biologics manufacturers, distributors, and packers are required to do so.

The agency does point out that…

AERS data do have limitations. First, there is no certainty that the reported event was actually due to the product. FDA does not require that a causal relationship between a product and event be proven, and reports do not always contain enough detail to properly evaluate an event. Further, FDA does not receive all adverse event reports that occur with a product. Many factors can influence whether or not an event will be reported, such as the time a product has been marketed and publicity about an event. Therefore, AERS cannot be used to calculate the incidence of an adverse event in the U.S. population.

It is noted that relating a supposed side effect to the drug is handled in a much more rigorous manner during clinical trials, and that Adverse Event Reports can be litigation-driven, not to mention over-hyped by bears to lower the value of a stock. Moreover, for every valid complaint about a drug, there seems to be at least as many dubious ones, including clinical trial litigation whereby the user of a placebo claimed damages.

Recently, commercial websites such as AdverseEvents have been created to help people wade through and interpret the staggering amount of data available from the AERS. However, no matter how accessible the information, people will still have to make their own decisions, and arriving at the correct one may not always be easy. As Albert Einstein said, “A little knowledge is a dangerous thing. So is a lot.”

A current example involves Gilenya, a relatively new drug for Multiple Sclerosis (MS), and at present the only available oral med for this condition. Keep in mind that internationally, more than 2 million people suffer from MS, with an estimated 400,000 patients in the United States. Most are afflicted as young adults (20-40), and twice as many women are affected as men.

“We have a disease that’s gone from having no treatments 20 years ago to having multiple treatment options,” said Dr. Timothy Coetzee, the chief research officer at the National Multiple Sclerosis Society. “There is a growing recognition that MS is becoming a manageable disease.”

The overall safety profile and patient experience with Gilenya is quite positive. To date, some 30,000 MS patients have been treated with the drug in clinical trials and post-approval, with approximately 25,000 patient-years of exposure. Approved a year ago, Gilenya has been utilized with good results by thousands of patients. Unfortunately, one widely publicized adverse event has attracted more attention than many experts believes it deserves.

As was reported in the Wall Street Journal on December 13, 2011:

The sudden death of a 59-year-old patient in the U.S. who died after the first-time use of Novartis AG’s multiple-sclerosis pill Gilenya is raising questions over the drug’s safety even as the novel medicine, which was approved a year ago, has generally been well tolerated by thousands of patients.

Novartis said the patient, who had received the first dose of Gilenya on Nov. 22, died a day later. The person, Novartis said, had successfully completed six hours of post-dose observation without incident.

On January 20, 2012, the FDA confirmed that the drug is under safety review, but has taken no further action. The FDA continues to believe that Gilenya provides an important health benefit when used as directed, and recommends that health care professionals who prescribe Gilenya follow the recommendations in the approved drug label.

In other words, MS sufferers should put this Gilenya adverse event report into context. And, if relevant blogs are any indication, they are. Many postings are comparing Gilenya favorably with another leading MS treatment—Tysabri, which carries the risk of progressive multifocal leukoencephalopathy (PML), a brain infection that is often fatal, and to which causality has been demonstrated.

In a move to reinforce its confidence in Gilenya’s safety, Novartis took the unprecedented step of publicly disclosing all-cause mortality data for the drug, well beyond what is required by the regulatory agencies in Europe and the U.S. Such a move should prompt other companies that produce MS drugs to follow suit.

MS patients are aware of the risks—and the rewards—of the new drugs. As one patient put it, “We have so many more options now, and I realize that we no longer have to give up the quality of life because we have MS. We’ve always expected to deteriorate with time, but I realize that this is not acceptable anymore.”