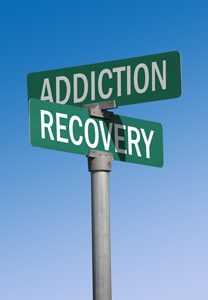 If you are looking for a topic—other than the endless political battles in the wake of Trump’s election—that has stayed in the news, you need search no further than the matter of opioid addiction. As such, the recent FDA approval of an injectable form of the established drug (buprenorphine) has definitely captured the attention of the addiction treatment community.

This new brand is Sublocade, and it is recommended for patients stabilized on a steady, maintenance dose of buprenorphine for seven days. Dr. Indra Cidambi, addiction expert and medical director at Center for Network Therapy weighs in:

“Sublocade offers important benefits not currently provided by the sublingual form of buprenorphine. Medication is steadily released into the bloodstream, which helps patients to be compliant with the regimen, and diversion is a non-issue. It could truly help individuals seeking longer-term maintenance treatment for Opiate Use Disorder. However, prescribers should be careful to introduce Sublocade after patients have completed the early stage of treatment (three phases) where therapy, to effect lifestyle changes needed to maintain long-term sobriety, is a major component. Co-abuse of other drugs while on this medication and DEA regulations are also issues.”

At Dr. Cidambi’s clinic, the early stage of treatment consists of detoxification (the most acute phase), followed by partial care and intensive outpatient programs—lasting a total of 3-4 months.

In the clinical trials, the overall safety profile for Sublocade was consistent with the known safety profile of transmucosal buprenorphine, except for injection site reactions, which were reported in 16.5% of patients. The most common adverse reactions (≥ 5% of patients) included constipation, nausea, vomiting, abnormal liver enzymes levels, headache, sedation, and somnolence.

It is noted that Sublocade is a Schedule III controlled substance and should only be administered by a healthcare provider in conjunction with a complete treatment program that includes counseling and psychosocial support. Moreover, the prescribing information includes a boxed warning (aka “black box warning”):

** Serious harm or death could result if administered intravenously.

** Sublocade is only available through a restricted program called the Sublocade Risk Evaluation and Mitigation Strategy. Healthcare settings and pharmacies that order and dispense Sublocade must be certified in this program and comply with the REMS requirements.

I spoke with a leading addiction medicine practitioner, based in the Southwest, who is also enthusiastic about Sublocade, and he hopes that its adoption will take some of the luster away from Vivitrol, another injectable used in the treatment of opioid addiction. Vivitrol has long been favored by many in the criminal justice community since it is an antagonist that blocks opioid molecules from attaching to opioid receptors. Thus, it is not an opioid partial agonist like buprenorphine. Its marketing is heavily directed to non-medical criminal justice targets.

The aforementioned Southwest-based physician has a philosophy—thankfully becoming more popular with younger doctors—whereby generic meds are favored over essentially equivalent proprietary formulations. In other words, if you’re going to dispense a proprietary med, you’d better have a powerfully good reason. Perhaps Sublocade will meet this criterion.