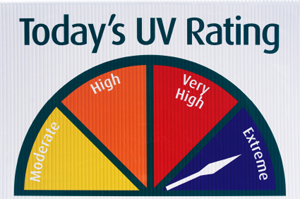 “Summertime, and the livin’ is easy…” as the famous song from Porgy and Bess reminds us. The problem is, if we take it too easy, bad things can happen.

According to the National Highway Traffic Safety Administration, there are nearly twice as many car accidents between Memorial Day and Labor Day than the rest of the year combined. Considering that winter driving—in many parts of the country—is inherently far more dangerous, this statistic is sobering indeed.

Sadly, teenage drivers seem to be at the center of this, with one source putting them responsible for nearly 50 percent more drunk driving accidents during the summer months, compared to the rest of the year. It is worth noting that (according to the CDC) car accidents are the leading cause of death for teens.

As always, parents are the best influence here—when they are doing their job. I’ll probably never forget the pall that was cast over the opening game of my son’s high school football season one year. A moment of silence was requested for the prom queen, who was killed in a brutal single car accident during the previous summer vacation.

I was to learn more details later. She and her older boyfriend were on their way to Las Vegas for a big party weekend. I still have no idea how her parents were cool with this, but then, I don’t have to live with the guilt, either.

Garnering quite a bit of attention recently are the new FDA sunscreen rules, announced on June 14th, which take effect next summer. Currently, the SPF (sun protection factor) of a sunscreen measures the amount of ultraviolet B (UVB) radiation exposure it takes to cause sunburn when a person is using a sunscreen, compared to how much UVB exposure it would take if the person were unprotected.

While UVB (280-315 nm wavelength) is primarily responsible for sunburn, this is not the only hazard connected with UV radiation. It has long been known that UVA (315-400 nm wavelength) is a major factor in the aging and wrinkling of skin, but only in the last several years has it also been tagged as contributory to skin cancer.

In fact, an article from 1995, published in the International Journal of Cancer, entitled “Melanoma and use of sunscreens: An EORTC case-control study in Germany, Belgium and France,” and successive research did point to two things. The absence of UVA filters in the sunscreen, along with the tendency of supposedly “protected” sun worshipers to stay out in the sun longer, were risk factors for melanoma.

According to the Skin Cancer foundation:

UV radiation is considered the main cause of non-melanoma skin cancers, including basal cell carcinoma and squamous cell carcinoma. These cancers strike more than 250,000 Americans, each year. Many experts believe that, especially for fair-skinned people, UV radiation also frequently plays a key role in melanoma, the deadliest form of skin cancer, which kills more than 8,000 Americans each year.

Among other items, the new FDA rules provide for so-called “broad spectrum” protection, which will include both UVA and UVB. “Waterproof,” “sweatproof,” or “sunblock” claims will be disallowed, absent supporting data.

The heat of the summer itself can be dangerous. The CDC reports that from 1979-2003, excessive heat exposure caused 8,015 deaths in the United States. Interestingly, this figure is higher than the combined deaths caused by such other natural disasters as hurricanes, lightning, tornadoes, floods, and earthquakes. Sadly, heat-related deaths are nearly always preventable, based on common sense measures…

A friend of this column, Dr. Jean-Jacques Dugoua, a Ph.D. naturopath from Toronto, Canada—better known as Dr. JJ—offers these tips:

1.    Jewelweed is nature’s remedy for poison ivy. It is often found growing near the poison ivy. Upon exposure to to poison ivy, oak, or stinging nettle, locate some jewelweed (refer to Web sources for identification) cut the stem and rub its juicy inside on affected areas. If this is done before a rash appears, there will most likely be no further symptoms. The herb is also effective once a rash has developed.

2.    Vitamins C and E, as well as melatonin cream applied topically before exposure to sun can minimize the effects of sunburn. Aloe and calendula cream are beneficial treatments.

3.    Probiotics are extremely effective against traveler’s diarrhea, both as prevention and treatment.

Have a safe and healthy summer!