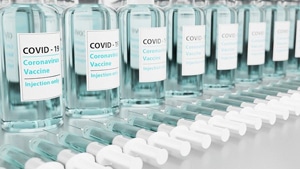 According to the book of Ecclesiastes, “There is nothing new under the sun.” (Ecclesiastes 1:9). Perhaps that’s why it is generally useful to look at history to gain further understanding of current matters.

Those of a certain age remember the bad old days of the polio epidemic. This dreaded disease reached its peak in 1952, when more than 21,000 cases of paralytic polio occurred. Notably, only about one percent of infections resulted in paralysis. Still, there were various presentations of the disease, and most kids of the 1950s either had a polio victim in one of their classes, or certainly in their school. At the very least, the victims had a limp, and often had severe atrophy of a leg. In many cases, the spunky victims would compensate by developing great strength in their upper bodies.

Mass vaccination of schoolchildren started in 1955, and was suspended during the infamous Cutter Incident, in which live poliovirus was administered to untold numbers of kids—causing 40,000 cases of polio, leaving 200 children with varying degrees of paralysis and killing ten. Cutter Labs had created 165,000 doses of the vaccine, using an improper virus inactivation technique. (Numeric details of the Cutter Incident vary by source.) As such, the vaccination program was briefly stopped until the matter could be sorted out. The fear of polio was great enough that this incident was barely a blip in the ongoing vaccination drive and the public’s demand for the shots.

Notably, during the polio epidemic, there was nothing at all akin to the masking and social distancing seen today, and the most one can say is that certain specific events, such as county fairs and the like, were canceled. When it arrived, everyone wanted the vaccine. If there were any dissenters, they kept a very low profile.

Now, contrast this with COVID-19. Almost immediately after it was detected in the US, the entire situation became grotesquely politicized, and mixed signals were being sent by the supposed experts in charge. Even worse, the official response became, quite bizarrely, “Quarantine the healthy and ignore the vulnerable.” Seemingly taking a cue from Josef Mengele, New York Governor Andrew Cuomo sent more than 6,400 COVID-19 patients (without even testing if they were still contagious) to nursing homes. This resulted in at least 6,000 deaths in the nursing homes.

In the meantime, as lockdowns became more severe, there were stories emerging of how top officials were ignoring their own guidelines. The most egregious of these involved California’s governor Gavin Newsom dining at a tony restaurant, unmasked, with a number of health agency leaders. All this against a backdrop of dicey COVID-19 death figures.

And, now comes the vaccine. While it is not unusual for a vaccine to require two shots to be effective, it is unusual for normal reactions to be as severe as people seem to be experiencing. It is also troubling that some vaccine fanboys are blowing off deaths that have occurred in elderly people subsequent to their injections. Perhaps these people should be viewed more as canaries in a coal mine, than hapless victims at death’s door.

Let’s turn now to a brand new survey–done by Invisibly–entitled “Covid Vaccine Canvas.” In this effort, the company used its Realtime Research™ tool to get the reactions of 5,537 respondents. Here are some highlights:

1.     Overall, 47% of people are unlikely to get the COVID-19 vaccine. This number is up to six percent higher in non-White ethnicities.

2.     44% of Americans feel the vaccines are untrustworthy.

3.     While 67% of those over 55 are likely to get the shots, that still leaves 33% in this most vulnerable demographic who are unlikely or very unlikely to partake.

Invisibly speculates that, “Americans of color have lower levels of trust in the vaccine due to a history of mistreatment and maltreatment by the American healthcare system,” and link to an informative piece from Time magazine to support their contention.

It should also be added that the public’s respect for Science in the 1950s and early 1960s, in light of the polio vaccines; the discovery of the structure of DNA, which somehow would lead to a cancer cure; and the promise of plentiful nuclear power faded badly by the mid-1970s. In the wake of Watergate, and the tragedy of the Vietnam War, faith in many of our institutions began to crumble.

In the minds of many, when the accounting of the earlier promises was done, all that people could see were frightful weapons systems, nuclear waste, and napalm. Ecclesiastes was right. People never respect authority for very long (countless historical examples). Heck, they can’t wait to tear down their former idols.

One wonders what actions will be taken to lower that 47 percent number.