The State Of Medical Cannabis 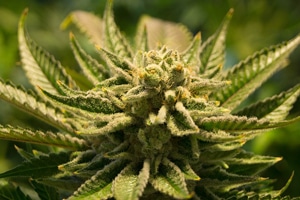 The State Of Medical Cannabis

Pun intended in the title, of course. Here is a map showing the differences in state laws regarding medical cannabis across the US. As is noted, 33 states and the District of Columbia currently have passed laws broadly legalizing marijuana in some form. However, certain restrictions are in place, and federal law still prohibits physicians from prescribing cannabis, but many proposed measures are in the works to change that. A house bill—recently passed—is called by supporters “[W]ithout a doubt the biggest victory for federal cannabis policy reform to date.”

Despite proven medical benefits of cannabis, the specter of prohibition still haunts us. In its most basic sense, the notion of “prohibition” stems from a belief that some or even most of the problems of society could be eliminated if only the forbidden thing did not exist. This phenomenon is well-known in the case of alcohol, but was even invoked for comic books—said to be the prime cause of juvenile delinquency in psychiatrist Fredric Wertham’s infamous 1954 book Seduction of the Innocent.

58 years later, though, people who suspected that Wertham massively fudged his data were shown to be right all along. University of Illinois scholar Carol Tilley published a paper documenting specific examples of how “Wertham manipulated, overstated, compromised, and fabricated evidence—especially that evidence he attributed to personal clinical research with young people—for rhetorical gain.”

Full marks if you relate the demonization of cannabis to the attacks on comic books. After all, the medical properties of cannabis have been known since ancient times, and were documented in 1833 by Irish physician William Brooke O’Shaughnessy. Cannabis was readily available from pharmacies and doctor’s offices in the late 19th century, with the fear of the substance being linked to Mexican immigration occurring during the 1910 revolution.

Despite objections from the American Medical Association, cannabis was made illegal in 1937. Perhaps, the best statement of the absurdity of our current federal policy on cannabis is that it is simultaneously a Schedule I controlled substance (no currently accepted medical use), and is also FDA approved for the treatment of certain seizure disorders. If this were not stupid enough, the particular approved cannabidiol (CBD)—and only this one—was reclassified as Schedule V. Never mind that anti-seizure properties of CBD had been documented long before this drug was approved.

With our country in the, uh, formative stages of putting together some sort of rational policy, we might look to Australia. Medical cannabis has been legal down under since February, 2016, while recreational use is still illegal, subject to state laws. In the US, ten states have legalized recreational cannabis use. An important company in the Australian cannabis space is Melbourne-based Cannvalate, the country’s largest network of medicinal cannabis prescribing clinics. The company consists of more than 1,000 referring healthcare professionals and 600 affiliated pharmacies spanning all states of Australia.

3.     CannaFarm—ready to grow cultivation hubs with all licenses/permits provided

Veteran writer Lewis Fein argues that health insurance should cover cannabis-derived meds. But given cannabis’ status as a Schedule I controlled substance, insurers could easily decline. And then came Epidiolex in June, 2018, priced at a staggering $32,500/year—said to be in line with other anti-epileptic drugs. Fortunately, insurance coverage is available, subject to various conditions.

I wonder how the non-pharmaceutical segment of the CBD industry will respond to this, since there is nothing to prevent them from marketing a similar purity version of CBD. While they cannot make therapeutic claims, they don’t have to charge $32,500 either.