There’s More Wrong With Health Care Than Just The Website 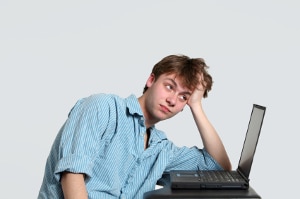 There’s More Wrong With Health Care Than Just The Website

With media attention laser-focused on the disastrous rollout of the Affordable Care Act (ACA or Obamacare), it is understandable that other matters related to health care have been overlooked. Let’s take a look at three of them.

Health Insurance Is Not Health Care

Since the ACA is largely concerned with insurance, the notion that affordable insurance equates with affordable health care has caused an unfortunate conflation of insurance and care. Moreover, this verbal shell game has been proffered to hide the sad fact that health care in the US is anything but affordable. In fact, Americans pay at least 50 percent more than all other countries for health care. Even worse, on the whole, our outcomes are mediocre, at best.

More comprehensive insurance, without major changes in how this care is dispensed, will only increase the costs. The public has apparently swallowed the big lie that the “best” care is that which is the most high tech, the most aggressive, and costs the least—to the insured. The results of such care, if considered at all, are only secondary. Please note that there is no other human enterprise which is judged in this manner.

Further complicating the verbal masquerade is that this “insurance” is not really insurance at all, but is rather a sort of extended warranty plan. Furthermore, if pre-existing conditions cannot be invoked, but are built into the overall pool, this “insurance” has no legitimate actuarial basis. Imagine buying fire insurance based on an overall risk pool of all properties in your city, regardless of condition or individual fire risk.

And, if this weren’t bad enough, what is called “health care” is really disease care—mostly acute disease care. Much of what passes for “preventive” are little more than fads—and expensive fads at that. Which brings us to our next health care matter.

For years, we’ve been hearing about how important it is to lower your total serum cholesterol, and watch your “bad” LDL cholesterol. But now, things have changed. As summarized in the New York Times:

“Doctors have been told to focus on these numbers and, in some cases, the quality of their care was assessed by the percentage of their patients with low cholesterol levels.”

“Those days are over. The new guidelines recognize that for patients who have exhausted lifestyle efforts and are considering drug therapy, the question is not whether a drug makes your lab tests better, but whether it lowers your risk of heart disease and stroke. Studies over the past several years have shown that improving your lab profile with drugs is not equivalent to lowering your heart risks.”

The new guidelines are based on more of a total risk profile, but oddly enough push the use of statins even more. Evidently, it doesn’t matter that statins have almost no effect on lowering the risk of CVD, although they do lower cholesterol; yet, that is not supposed to be as crucial anymore.

Famous cardiologist Steven Nissen, MD actually said, “The evidence was never there” for the LDL targets. Past committees “made them up out of thin air.” Of course, this is also an admission that cholesterol is not related to CVD, even if you have to read between the lines to figure that out.

In short, these new guidelines are nothing less than the first step in what will become a full abandonment of the nonsensical saturated fat/cholesterol theory of CVD. Perhaps the legion of doctors who have been urging this are finally beginning to have some effect.

There Are Thousands Of Problems With Electronic Health Records (EHR)

An important—and costly—plank of Obamacare is the forced changeover to EHR. However, as health care informatics guru and friend of this column Scot Silverstein MD tells us, there seem to be endless issues with EHR products. Case in point: University of Arizona Health System.

As Silverstein reports, upwards of $100 million was spent on EHR, which could have financed an entire new wing to the facility. As the University’s own internal website devoted to EHR proclaims, “We’ve resolved 6,036 issues and have 3,517 open issues.” Scot continues…

“These issues are in a supposedly mature product for which this organization has spent enormous sums of money, that has undergone ‘innovation’ for several decades now. Many of the ‘issues’ reduce patient safety, and could or already may have resulted in patient harm. Such items include pharmacy medication mapping errors, microbiology results mapping incorrectly, and errors transmitting prescriptions.”

“They are also advising their staff to speak in glowing, unsubstantiated terms to patients about an EHR system that has 10,000 issues, and not seeking patient consent to its use in mediating and regulating their care—or giving elective patients the information that might allow them to choose another less buggy hospital.”