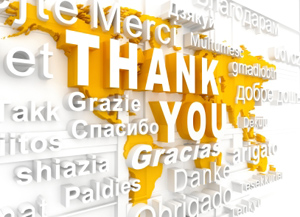 So, it’s the week after Thanksgiving. As we force ourselves back to the grind, even as we look forward to the rest of the holiday season, here are two things for which I would like to be thankful—perhaps next year.

We hear about this constantly, but unless there is a huge paradigm shift, health care reform will go down in history as the biggest fool’s errand of all time.

The only “reform” that is being discussed these days is to somehow figure out how to pay for what should be called “disease care.” However, given the aging population; the preponderance of defensive medicine; the emphasis of procedural over cognitive medicine; the bias toward expensive proprietary pharmaceuticals; and the notion that everything must be paid for by a third party, there is simply not enough money in the world to sustain the current system.

The chits are now being called in for the 1960s proponents of population control. Ironically, when the New Frontier and Great Society social welfare programs of that era were being put together, one could at least argue that the demographics—for a single generation, anyway—would support them. You’ve heard of being “upside down in your mortgage”? Now, our demographics are upside down in terms of the payers and the recipients.

The Baby Boomers are getting older, and regardless of their health and fitness level, you can’t get around the fact that older people have more health issues than younger ones. Does the younger generation want to bankrupt itself to pay for its profligate parents?

It has been estimated that 25 to 40 percent of all radiological tests are ordered for defensive purposes, and are thus otherwise unnecessary. But, defensive medicine does not stop there. Some authorities claim that a goodly number of hospital admissions are themselves done solely for defensive purposes. Better to admit the patient (since someone else is paying for it) than run the risk that you may have missed something.

Cognitive medicine is undervalued since current reimbursement models overwhelmingly favor procedures. Not surprisingly, this means that many procedures (some of which are probably not needed) are performed.

Despite compelling evidence that certain natural substances—such as vitamin D—could be of immense value, there is little interest in doing meaningful clinical trials.

Better defining the mission of the FDA

According to its website, the FDA is responsible for protecting the public health by assuring the safety, effectiveness, and security of human and veterinary drugs, vaccines and other biological products, medical devices, our nation’s food supply, cosmetics, dietary supplements, and products that give off radiation.

This is a prodigious task, but let us confine ourselves to the areas of drugs and devices.

The recent Avastin situation illustrates some of the problems. Despite its provisional approval for metastatic breast cancer in 2008 under an accelerated process, the drug never was terribly effective and had horrific side effects. Further studies failed to change the agency’s perception. After more hearings, the FDA finally pulled the plug. Fair enough, but during those years some women believed that they were saved, or gained some additional time because of the drug.

Perhaps, it was more of a placebo effect, but who can say? A better move might have been to keep the breast cancer indication available, but with an asterisk, whereby doctors would only use it in very specific situations, being mindful of the harmful effects. And, when you think about it, that’s what doctors do for every other drug!

At the root of the problem is the notion of “effective.” There are many drugs which are only marginally effective. Indeed, the agency will usually approve a drug if it shows efficacy in only two clinical trials, notwithstanding any other unsuccessful trials. Given sufficient money, this is not particularly difficult to achieve, even if the promotion of marginal drugs jacks up the apparent cost of approval.

Why not publicly rate drugs by their effectiveness and lack of side effects? Wouldn’t this also “protect the public health”?

As to devices, most are not actually proven to be “safe and effective,” since the bulk of them go through Premarket notification, rather than Premarket Approval. With Premarket Notification, the device need only be shown to be “substantially equivalent” to another legally marketed device, a so-called “predicate device,” already on the market. These devices are FDA-cleared, rather than FDA-approved, but few people are aware of the difference.

A major problem with Premarket Notification is that the clearance for a device stays intact even if the predicate device is pulled off the market. Unfortunately, this is not a rare occurrence. A more arcane problem with Premarket Notification is the rather elastic nature of “substantially equivalent.” Does it make sense, even if one is in favor of streamlining approvals, that a new technology which seeks to replace a current device be deemed “substantially equivalent” to that device?