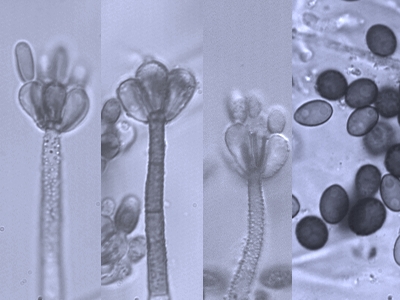 One of the more ominous topics among homeowners and building supervisors is toxic mold, an issue fraught, at least in the pop culture, with misconceptions, excessive publicity, and scant genuine science. Sadly, any “crisis,” which is inevitably the stuff of headlines, causes people to panic. Media coverage about toxic mold—including a high profile article in the New York Times Magazine and a controversial lawsuit by Erin Brockovich—furthers this sense of dread: that every home is a potential breeding ground for (if not a current host of) fierce enemies.

Reality, of course, tells a different story. The sky has yet to fall, despite the alarmist warnings of various attorneys, editorial writers, and grant-hungry PC-scientists. None of which is to suggest that a problem does not exist. In fact, toxic mold—exemplified by public enemy number one Stachybotrys chartarum—is a real threat, but not necessarily a universal menace. Among recently constructed homes and office complexes, where serious difficulties more commonly arise, toxic mold continues to strike certain folks with mild to serious illnesses. Still, those most affected tend to be immunocompromised or highly allergic individuals.

Interest in this issue has its own history and context, beginning with an outbreak of then-unknown Legionnaires’ disease at a Philadelphia hotel in 1976. Though caused by a specific bacterium, Legionella pneumophila (which had established itself in the hotel’s air conditioning system), the disease’s wreckage—which left 34 people dead—is a milestone of sorts, planting the notion of pathogens lurking in every wall and crevice. Combined with many reports of “sick building syndrome,” which increases this ideology of fear, it is difficult to separate scientific fact from science fiction.

Again, toxic mold does exist. Humans have been living with molds and other fungi since the beginning of time, and molds secrete various so-called mycotoxins to protect themselves against bacteria, and other threats. Many of these compounds are extremely potent. Such toxins (as produced in the penicillium mold) were our first antibiotics.

Scientific documentation of problems with Stachybotrys dates back to the 1930’s, and describes infection of human and equine individuals by straw contaminated with the mold. As it affects households and workplaces, however, toxic mold issues are a relatively recent phenomenon. Most of the present-day outbreaks are related to new methods of construction, including the widespread dependence on air conditioning and the creation of tighter buildings.

These closed environments—themselves a breeding ground for toxins or various allergens—worsen particular kinds of respiratory illness, notably asthma in children. The very issue of toxic mold among children owes its recognition to a study among babies in Cleveland, where doctors suggested a link between bleeding in the lungs and Stachybotrys. For what it’s worth, many of the conclusions of this study were later debunked.

Please bear in mind that molds are incredibly resilient, gathering food from dead moist organic matter such as wood, paper, fabric and cooked or raw foods. But within the home—where mold can either be harmless or quite dangerous—there are several identifiable culprits responsible for the “toxic” nature of this problem: leaking pipes, leaking windows, leaking roofs, inadequate ventilation, and improper drying of flooded areas. Lifestyle choices can also worsen this situation, with people relying too heavily on air conditioning or heating at the expense of freshly circulated clean air.

Critics should not discount the severity of toxic mold, as one extreme case illustrates. A Foresthill, California, couple—after having battled this threat for some time, and after having spent significant dollars on numerous treatment options as well—burned their home to the ground. They allege that exposure to mold left them with persistent rashes, headaches, nosebleeds, and high blood pressure.

The health effects of mycotoxins are indeed serious. After all, they are intended to have devastating effects! Documented symptoms include dermatitis, pain and inflammation of the mucous membranes of the mouth and throat, conjunctivitis, a burning sensation of the eyes and nasal passages, tightness of the chest, cough, bloody rhinitis, fever, headache, and fatigue. Unfortunately, there is no magic bullet, no universal solution that will forever banish the symptoms of toxic mold.

Building managers should more closely monitor the air people breathe, and homeowners need to more thoroughly inspect the quality of the places they inhabit. It is also high time to reconsider the tight building mania that traps many toxins, including radon, in our structures. My professional work at Interscan Corp. (www.gasdetection.com), which is a leading maker of toxic gas detection systems, simply reaffirms my belief that we need to win this battle.

Toxic mold is a real problem, one we should respect and successfully confront. The challenge for all of us is to temper speculation with reason; we have an obligation to search for facts, not myths. In the process, we will learn a lot about this issue and its medical ramifications. I welcome the defeat of this threat; it will be a victory for science and quality of life.