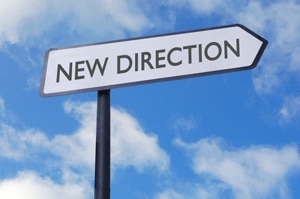 Even for those who pay little attention to the world of healthcare, the matters of rampant opioid addiction and type 2 diabetes are unavoidable. Recently, a blast of contrarian knowledge on both topics hit the popular media—although such viewpoints were not exactly unknown within the medical/scientific community.

In August, 2017, this column ran a story on the opioid crisis. Perhaps the most shocking statistics presented were these:

That article also quoted a chronic pain specialist who decried restrictions on such prescriptions. Surely, it is not a big leap to link new heroin addicts to those same patients who are unable to get their opioid pain meds (such as oxycodone) any longer. After all, heroin was introduced in 1898 as a morphine substitute; that is, a pain-relieving drug. Ironically, it was supposed to be less addictive, but this was soon found out to be a misconception.

In addition, the heroin high is considered to be far more pronounced than that of morphine.

Still, most chronic pain sufferers would gladly choose addiction over constant torment. And, if they could obtain pharmaceutical grade heroin, that might be a long-term answer to some. The trouble is, of course, that the quality and potency of street heroin can vary widely, so fatal overdoses are not uncommon. A horrible problem, you would agree. But, what if opioids had no pain-relieving advantage over non-opioid drugs such as acetaminophen (Tylenol), ibuprofen and lidocaine?

That’s the conclusion of a paper published March 6, entitled “Effect of Opioid vs Nonopioid Medications on Pain-Related Function in Patients With Chronic Back Pain or Hip or Knee Osteoarthritis Pain: The SPACE Randomized Clinical Trial.” [Strategies for Prescribing Analgesics Comparative Effectiveness]

Perhaps this work will begin to turn the tide against the pernicious activities of the Sackler family, and its fraudulent promotion of Oxycontin as having a low potential for addiction, along with the controversial pain as a fifth vital sign marketing scheme.

This column has run a host of articles on type 2 diabetes, including several on the topic of glycemic control (striving for a particular HbA1C value, and low fasting blood glucose numbers). The latest entry, relevant to this discussion, is entitled “Glycemic Control For…What Exactly?” In that piece, we observed that the orthodox notion of intense glycemic control being the preferred therapy is by no means universally accepted. Indeed, several references were cited, including one from 2009 in the Annals of Internal Medicine entitled “Glycemic Control in Type 2 Diabetes: Time for an Evidence-Based About-Face?”

On March 6, this same journal, published by the American College of Physicians, ran Clinical Guidelines, entitled “Hemoglobin A1c Targets for Glycemic Control With Pharmacologic Therapy for Nonpregnant Adults With Type 2 Diabetes Mellitus: A Guidance Statement Update From the American College of Physicians.” Four guidance statements are put forward, but the first two set the stage…

Guidance Statement 1: Clinicians should personalize goals for glycemic control in patients with type 2 diabetes on the basis of a discussion of benefits and harms of pharmacotherapy, patients’ preferences, patients’ general health and life expectancy, treatment burden, and costs of care.

Guidance Statement 2: Clinicians should aim to achieve an HbA1c level between 7% and 8% in most patients with type 2 diabetes.

Of course, these precepts go hard against the orthodoxy preached by the American Diabetes Association and, might I say, Big Pharma. Cold comfort that the ADA and ACP recommendations are supposedly based on reviewing the same literature. Let me proffer an explanation:

The American College of Physicians is composed primarily of active, real-world physicians who see patients, and know only too well the complications and difficulties of intense glycemic control. The ADA is a disease trade association, whose medical personnel tend to be academics. Lest we forget, their reaction to the ACCORD study, which showed serious negative effects of tight glycemic control, was somewhat muted.

If you are so inclined, consult the major literature yourself, or read learned summaries on WikiJournalClub. Chances are, you will agree with ACP’s assessment.