The Ultimate Medical Theory? A Look At Natural Hygiene

The Ultimate Medical Theory?  A Look At Natural Hygiene 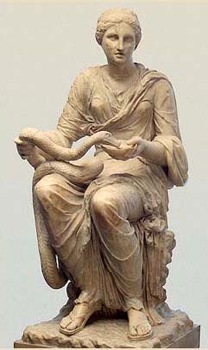 The motto of the International Natural Hygiene Society is “Pursuing a scientific approach to health based on the natural laws of life.” Famed natural hygiene proponent Herbert M. Shelton noted that:

“[Natural] Hygiene represents a return to that pristine mode of living that emerged with man when he first appeared on the earth; it is a revival of something precious that had been all but lost during the course of ages, thanks to the corrupting and perverting influences of shaman, priest, physician, and trader. These, with their false systems and false teachings, have led the race astray.”

While Shelton’s description of Natural Hygiene (NH) pegs its origins back to the dawn of time, the real NH movement arose as a reaction to the allopathic medical practices of the early 1800s. In fact, it was a New England physician with a medical degree from Yale—Isaac Jennings (1788-1874)—who led the charge. For years, Jennings was the very model of a conventional physician, doling out the drugs of the day, including mercury, arsenic, and strychnine. Therapeutic bleeding was also a widely accepted practice.

The good doctor, though, was a keen observer, and saw how many people beyond the reach of the contemporary medical arts, such as Indians and stubborn old-timers maintained robust health. He also noticed that as some of his peer physicians got older, the less they seemed to drug and bleed their patients, but the more they were able to cure them. Jennings began to secretly give out sugar pill placebos instead of drugs, and his cure rate soared. In one particular case, he abandoned drugs in favor of benign measures, and cured a young woman dying of typhoid fever.

What he was doing, of course, was mostly staying out of the way to let the body heal itself, and any apparent “cure” had a lot less to do with the physician than many of his peers would care to admit. His fame spread, and many wanted to partake of his magic potions. In 1822, Jennings went public with the truth, and called his new medical theory “orthopathy”—truth in disease. The allopaths scoffed, but could not provide a logical argument against his successes.

One precept of natural hygiene holds that disease is the solution. The way to get rid of disease is to stop breaking the divine laws about how to take care of one’s body. For example, a cold is elimination started by an overload of toxins, possibly caused by eating too much of the wrong foods. The therapy consists of resting more and eating less. Simply allow the body to perform its cleaning job undisturbed. NH would call this an acute disease.

Another disaffected physician, John Tilden M.D.(1851-1940) lost faith in drugs, and he too went the sugar pill route, until he “…mentally evolved to the truth that even sugar pills were injurious, in that the make believe medication educated my patients into believing that their improvement was due to the supposed drug they were taking. This is the harm in doing for sick people anything labeled curative.” Tilden advanced the theory that:

“The toxin theory of the healing art is grounded on the truth that toxemia is the basic source of all diseases. So sure and certain is this truth that I do not hesitate to say that it is by far the most satisfactory theory that has been advanced in all the history of medicine. It is a scientific system that covers the whole field of cause and effect—a system that synthesizes with all knowledge, hence a true philosophy.”

“As has been stated continuously in my writings for the past dozen years, the habits of overeating, overclothing, and excesses of all kinds use up nerve energy. When the nerve supply is not equal to the demands of the body, organic functioning is impaired, resulting in the retention of waste products. This produces Toxemia.”

In the 1930s came Tilden’s Seven Stages of Disease

NH practitioners vary as to the details of diet, but most avoid processed food and refined sugar, and consume little meat. They eschew conventional allopathic therapies, excepting surgery in cases of trauma or structural defect, and recommend fasting, especially when one is ill. Essentially, natural hygiene boils down to living right, and letting nature generally take its own wise course. Pretty hard to argue with that, I’d say.