If It Only Understood Health Care, The FTC Would Stop Fighting Hospital Mergers 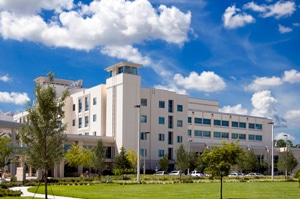 If It Only Understood Health Care, The FTC Would Stop Fighting Hospital Mergers

According to the Federal Trade Commission, “When health care markets are competitive, consumers benefit from lower costs, better care, and more innovation.” On a superficial level, this sounds good, but the devil is in the details. A huge detail is that the health care consumer rarely pays directly for the services, and has little say over how they are performed. Likewise, the notion of what constitutes “better care” and “innovation” are hotly debated. Ironically, those two precepts often lead to higher cost, with questionable benefits to outcome.

Notwithstanding the typical high school textbook’s version, the bulk of antitrust activity (part of the FTC’s duties) has not been on the side of the consumer. Contrary to the usual propaganda, consumers loved John D. Rockefeller. He pioneered the development of hundreds of petroleum-based by-products, thus reducing much of the waste and pollution associated with refining. He paid above market wages to his workers, and made millionaires out of many of the company owners he bought out. Because of this “villain,” the price of kerosene dropped from 58 to 8 cents per gallon, and thousands of jobs were created.

Antitrust action is usually triggered by fully legitimate success, and often with total absence of any harm being done to consumers. Among many surreal antitrust actions was the case brought against A&P in the late 1940s for having food prices that were too low.

It is within this context that we examine the FTC’s new favorite target: Hospital mergers.

Hundreds of articles in trade and popular media have discussed the serious challenges faced by American hospitals. Three of the most important were raised in an amicus brief filed in the celebrated case of ProMedica Health System Inc. v. Federal Trade Commission…

Hospital revenues are declining, and much of the decline is attributable to cuts in Medicare and Medicaid reimbursements. Instead of receiving reimbursement payments based on the volume and type of services provided, hospital reimbursements will now depend on the “value” of services provided, as measured by the quality and cost-effectiveness of care. To maximize the value of care, hospitals must implement deep cost reductions that require greater economies of scale. Significant investments in information technology to track and report their progress will be required.

Electronic health records are vital to the value-based reimbursement model, and a portion of Medicare and Medicaid reimbursements are now conditioned on hospitals’ adoption of EHRs that meet federal requirements. Implementation is expensive, but must be done to remain competitive.

It is increasingly difficult for hospitals to access capital. Hospitals that are struggling financially typically receive lower bond ratings and, thus, are less creditworthy. These hospitals can quickly fall into a downward spiral—without adequate access to capital, they are unable to make necessary investments for the future, and their financial health continues to plummet.

As such, it is no surprise that a comprehensive study entitled Hospital Realignment: Mergers Offer Significant Patient And Community Benefits, found that hospitals pursue merger and consolidation to…

After careful assessment of the literature and review of 75 studies and 36 primary sources, the Realignment study (as cited above) concluded that there is no consistent statistical relationship between consolidation and hospital price increases. Indeed, commentary asserting that hospital mergers raise prices is often based on outdated studies from as far back as the 1990s. Of course, older data reflects market conditions far different from the present. And, when recent realignments are examined, the vast majority of mergers do not impede market competition.

FTC enforcement is based on a curiously uninformed and outdated model of health care, in which neither hospitals nor doctors work together, to improve the situation. By living in the past, the FTC is impeding progress toward a more efficient and effective health care system. The world has changed and hospitals need to change with it—or fail. When will the FTC change?